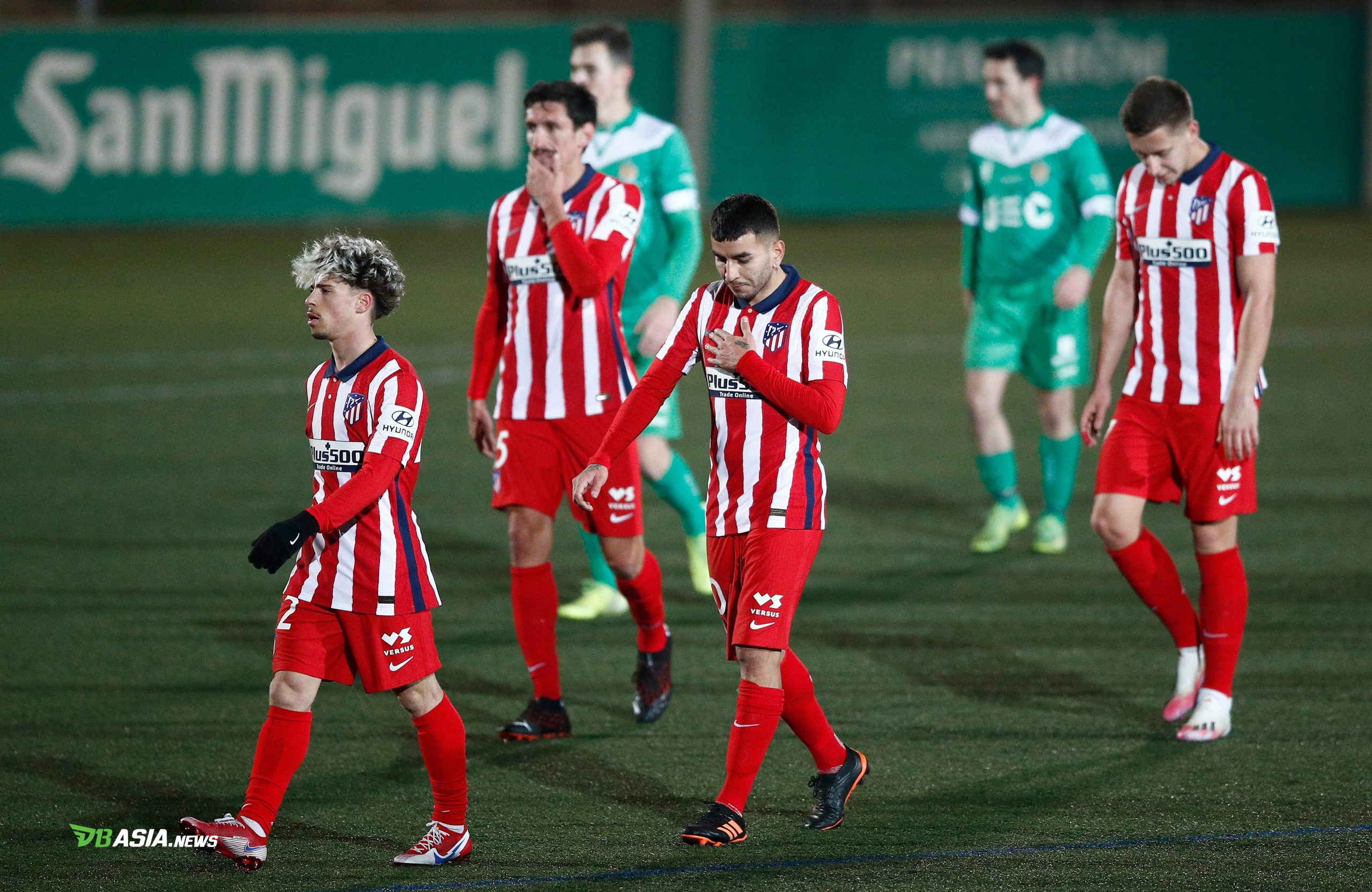 DBasia.news – A shocking moment occurred in the top 32 round of the Copa del Rey 2020-2021. Atletico Madrid, who now leads the LaLiga standings, must recognize the superiority of the third division representative, Cornella.

In a match that took place at the Camp Municipal de Cornella, Thursday (7/1) am, WIB, Atletico were beaten with a score of 0-1. These results has automatically stop Los Rojiblancos.

The only goal for Cornella’s victory was scored by Adrian Jimenez in the seventh minute. Ironically, the player once played for Atletico’s B team.

Atletico coach, Diego Simeone did play a lot of coating players in this match. But this defeat is certainly unacceptable.

Ironically, Atletico were unable to record a single shot at the goal. Even though Joao Felix and Angel Correa appeared as starters.

This was exacerbated by the fact that Atletico had to play with ten players from the 63rd minute because Ricard Sanchez was sent off by the referee. The 20 year old player received two yellow cards within eleven minutes for a foul.

Disappointment was shown by Simeone. Moreover, this is the second time in a row, Atletico were eliminated by a team from the third division in the top 32 of the Copa del Rey.

Last season Atletico’s move was also stopped by Cultural Leonesa. Through extra time, the team from the Spanish capital fell 1-2.

“The players tried to compete in the best possible way. In the first half we had more chances, and in the second half it was more powerful, but it became difficult after the red card,” said Simeone after the match.

“This competition has not given us satisfaction in recent years, but a solution must be found if we are here next year.”

Regret was also expressed by Saul Niguez who played as captain in the match. He apologized to Atletico supporters who must have been disappointed by this result.

“We apologize to the fans. We never let go of the competition, but in a knockout format competition, we didn’t do well,” said Saul.