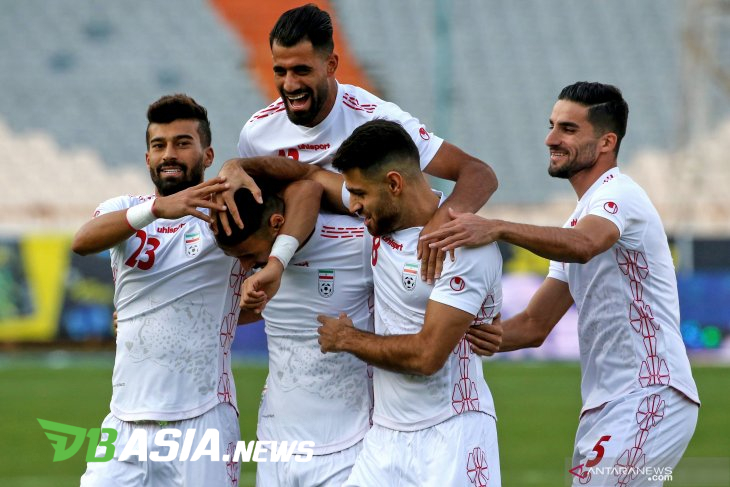 DBasia.news –  The game was successfully ended by Iran with a landslide score of 14-0 over Cambodia in the 2022 Asian Zone World Cup Qualifying match on Thursday (10/10/2019). Sadism becomes a word that can describe the Iranian national team when they slaughtered Cambodia.

The Iranian national team went crazy when playing in front of tens of thousands of supporters who filled the Azadi Stadium, Taheran. Moreover, this match is also the first time women are allowed to watch football live in the stadium after a 40-year ban from the government.

Scoring 14 goals without reply, several Iranian players also recorded several double goals in this match. Almost 5 to 10 minutes once the Iranian national team breaks down the Cambodian goal. Keo Soksela who became the goalkeeper of Cambodia could not do much.

Karim Ansarifard became the top scorer in this match. Players who have defended Olympiakos and Osasuna recorded a quattrick or four goals against Cambodia. He scored each goal in minutes 40, 48, 60 and 88.

Meanwhile, Iranian national team starlet Sardar Azmoun was also able to score a hat trick in the match. The 24-year-old player scored each goal in minutes 11, 35, and 44.

Two Iranian players did not lose by scoring a brace. They are Mohammad Mohebi who scored in the 65th and 67th minutes. And Mehdi Taremi in the 22nd and 54th minutes.

Milad Mohammadi and Ahmad Nourollahi also each scored one goal which completed the score to 14-0 at the end of the match.

These results make Iran top the Group C standings with 6 points from their 2 matches. Meanwhile, Cambodia became the caretaker with no win and only one draw.