Juventus Do not Want to Underestimate Napoli 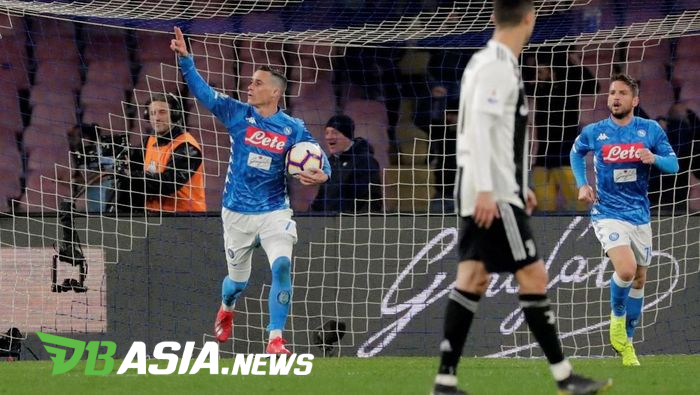 DBasia.news –  Juventus do not want to underestimate anyone who becomes his opponent.  Including Napoli, although the team is not in good form, Juventus still anticipate a difficult match.

Juventus will travel to the Napoli headquarters in San Paolo on Monday (1/27/2020) early morning Western Indonesian Time in the 21st week of the Italian League match.  At the first meeting at the Allianz Stadium in September last year, the two teams fought a fierce battle with Juventus to win 4-3.

But then Napoli underwent a change of coach, from Carlo Ancelotti to Gennaro Gattuso.  Until now, Gattuso had not really been able to lift his team from adversity.

Even in five Italian League matches with Napoli until now, Gattuso has only been able to contribute one victory and four others ended in defeat.  Napoli was scattered to position 11 of the Italian League standings with 24 points from 20 weeks, 27 points behind Juventus at the top of the standings.

Juventus midfielder Miralem Pjanic admitted Napoli were in a difficult moment, but still anticipating a fierce and tight duel.

“Napoli are still Napoli, a good team. I have seen their last two matches, they have had a little more difficulty in the league but played a good match in the Coppa Italia,” he told Sky Sport Italia.

“We are waiting for Napoli who plays with pride, they also have a coach who is ready and knows how to make his team play well. However, it is not easy for them to prepare for the game now because things are not going as they wish.”

“But we will face a strong opponent, we will need to mobilize everything to get three points. This will not be simple, but this is what we want,” he said.