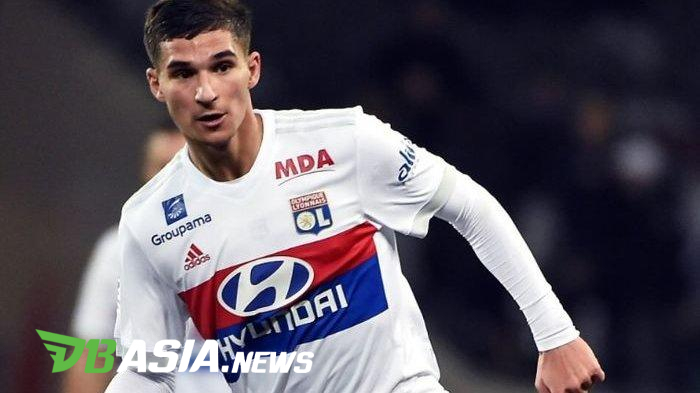 DBasia.news –  Juventus are looking for players who can strengthen their midfield in the transfer market next summer. Two names that became their target were Sandro Tonali (Brescia) and Paul Pogba (Manchester United).

Pogba defended Juventus in mid 2012-2016 before returning to Man United to play in the second period. While Sandro Tonali is often compared to former Juventus midfielder, Andrea Pirlo, due to his position and playing style.

Recruiting one of them is not easy, as Tonali and Pogba are also in demand by other clubs. No doubt Juventus are preparing an alternative plan. According to news from Calciomercato, Juventus are eyeing Olympique Lyonnais midfielder, Houssem Aouar.

The 21-year-old midfielder is one of the midfielders who is monitored by European clubs and has attracted attention in France. This season Aouar has appeared 33 times in all competitions, scoring nine goals and providing six assists.

In a total of 2539 minutes, Aouar appeared 21 times as a starter from 23 appearances in Ligue 1. Together with Moussa Dembele, Aouar was the key to Lyon’s game under the care of Rudi Garcia. His contract at Lyon lasts until 2023.

Juventus will secure a long-term investment if they are able to recruit him. Il Bianconeri must also prepare to negotiate with Lyon because they have set Aouar at 60 to 70 million euros.

Judging from the data of Whoscored and YouTube, Houssem Aouar’s game is quite flexible even though he plays as a central midfielder. Like a modern player, Aouar is able to play in many positions.

Midfielder, anchor, wing, to attacking midfielder can be played. Besides being able to control the ball well, pass the ball, and have good vision to play, Aouar is also good at dribbling the ball and scoring goals.