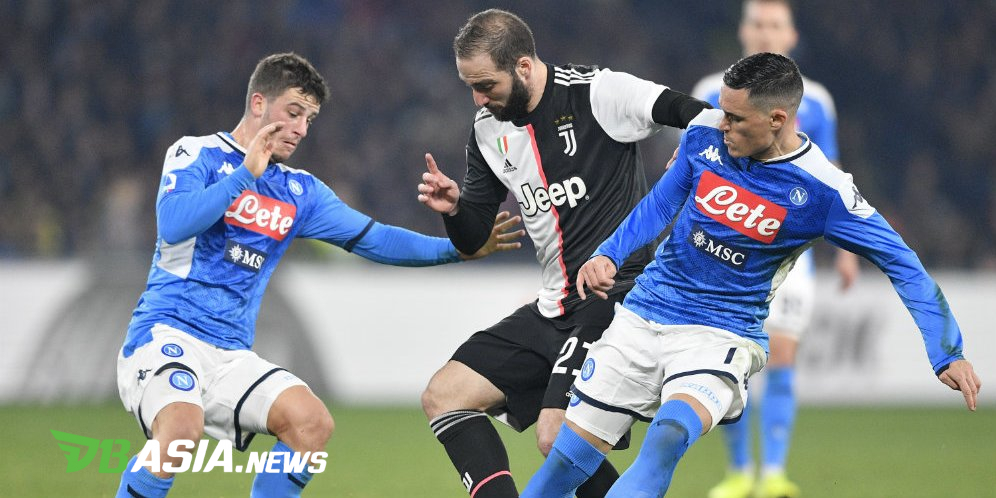 DBasia.news –  Napoli defeated Juventus by a score of 2-1. Genaro Gatuso’s team managed to stop the pace of Juventus who wanted to secure the top position.

Juve had the chance to have a big difference from the other teams when their closest competitor, Inter Milan, was held 1-1 by Cagliari.

But due to this defeat, Juve who have 51 points are only three points ahead of Inter, according to the Italian League’s official website.

Appearing as a host after always being defeated in the previous three matches in the Italian League, Napoli began the match aggressively. Arkadiusz Milik’s header from a corner kick situation drifted thinly over Juve’s goal.

Milik had twice received a good pass, but Leonardo Bonucci was able to read his movements and blocked the shots.

Mario Rui was also able to read the pass directed to Paulo Dybala by blocking the Argentine players from being in an ideal position to shoot.

Juve gave a threat in the 53rd minute, but the incoming goal was not validated as Gonzalo Higuain was in an offside position in the process of the goal, before Dybala opened fire and Cristiano Ronaldo grabbed the bouncing ball.

The deadlock was solved in the 63rd minute. Lorenzo Insigne fired a shot from outside the penalty box which was pushed over by Wojciech Szczesny in the direction of Zielinski’s movement to be struck into a goal.

Insigne doubled the lead of his team in the 86th minute by continuing a cross from Jose Callejon with a volley kick that nested in Juve’s goal.

As the San Paolo public sang celebrating Juve’s superiority, Ronaldo chased Rodrigo Bentancur’s long pass to convert it into a goal in the 90th minute to silence the hosts.

Juve increased the pressure in the final seconds of the match, Higuain was able to release a somersault kick, but was still contained by goalkeeper, Alex Meret.