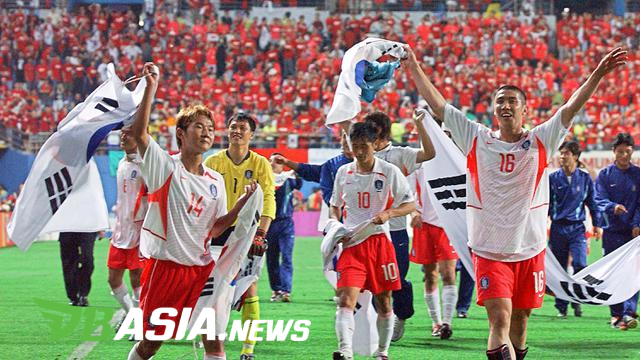 DBasia.news – With defending champion status, the French national team will play in the 2022 World Cup. But that fact does not guarantee Didier Deschamps’ team can run smoothly from the group phase.

France does have bad memories the last time they competed in the World Cup with defending champion status. Not only failed to qualify from the group phase, Les bleus were also defeated by the debutants in the opening match of group A.

This moment occurred at the 2002 World Cup which took place in South Korea and Japan. France unexpectedly had to surrender when dealing with Senegal.

At that time, the defending champion did have the right to appear in the opening match. France were also in high confidence when they challenged Senegal at the Seoul World Cup Stadium, May 31, 2002.

France were favored to win this match. The difference in level and experience of the two teams is the main consideration.

France are still reinforced by a number of stars who successfully married the 1998 World Cup and 2000 European Cup titles. Names such as Thierry Henry, Patrick Vieira, David Trezeguet, and Lilian Thuram are in their golden age.

The absence of Zinedine Zidane, who is still recovering from injury, is considered not a big loss. Roger Lemerre’s team is still considered no match for Senegal.

On the other hand, Senegal are indeed underestimated ahead of this opening match. Debutant status and less flashy player material are the cause.

The difference in the quality of the two teams is evident on the field. France were able to dominate the game.

France almost broke the deadlock first. Unfortunately, Trezeguet’s hard shot only hit the post midway through the first half.

While attacking, France actually conceded in the 30th minute. El Hadji Diouf’s acceleration managed to penetrate the right side of France’s defense.

Diouf then gave a low pass to the front of the penalty box. The ball was actually able to be cut by Emmanuel Petit.

But the ball then hit Fabien Barthez and bounced in front of France’s goal again. Papa Bouba Diop, who was already in a seated position, passed the ball on without difficulty to score Senegal’s first goal in the World Cup finals.

Bouba Diop celebrated the goal quite emotionally. He took off his jersey and then danced with his other team-mates like African teams usually do.

The 1-0 score for Senegal’s advantage lasted until the break. But there are still many who believe France are capable of turning things around in the second half.

France pounded Senegal’s goal after halftime. But they seemed to not have enough energy to dismantle the opponent’s defense.

The French players made more long-range shots from outside the penalty box. One of them almost resulted in a goal when Henry’s curling shot just hit the bar.

Senegal were also able to threaten France’s goal. Khalilou Fadiga even almost doubled his advantage if his shot didn’t hit the bar.

In the end, Senegal were able to maintain its victory until the game was over. The big surprise immediately occurred in the opening match of the 2022 World Cup.

The result of this match ultimately determined the fate of both teams. France failed to recover in the remaining two matches and had to end the group phase with bottom status.

Meanwhile, Senegal was only able to draw in the next two matches against Denmark and Uruguay. However, a collection of five points is enough to take them to the last 16 with group runner-up status.

With this result, France officially holds the status as the worst defending champion in the history of the World Cup. The curse of the defending champions being eliminated in the group phase then started to spread to the next editions.