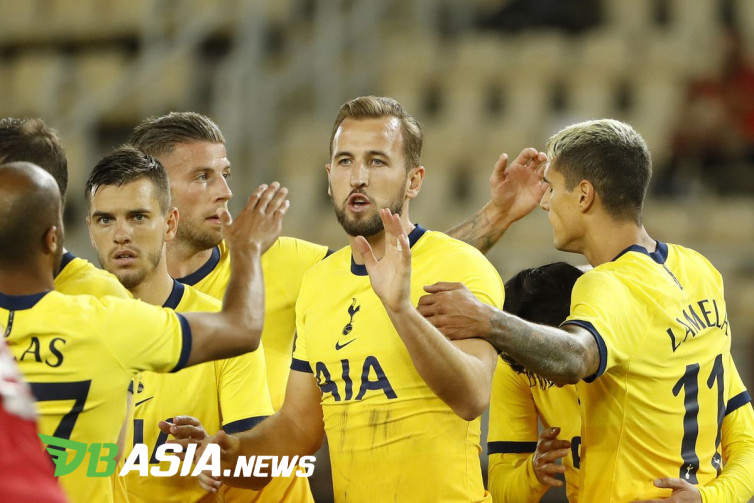 DBasia.news – AC Milan and Tottenham Hotspur must prepare to compete in the 2020-2021 Europa League group phase. Both reportedly made it through the third qualifying round smoothly.

Tottenham won 3-1 when they visited Shkendija’s headquarters at the Tose Proeski Arena, Friday (25/9). The appearance of Jose Mourinho’s team was also better than in the previous phase.

Three of Tottenham’s winning goals were scored by Erik Lamela (5′), Son Heung-min (70′) and Harry Kane (79′). While the hosts were only able to reply once through the action of Valmir Naflu (55′).

In this match, The Lilywhites are still without two new stars, Gareth Bale and Sergio Reguilon. Interestingly, Mourinho actually played Dele Alli who was rumored to be leaving.

This victory led Tottenham to advance to the playoffs. The team from North London has been awaited by the Israeli representative, Maccabi Haifa.

In other matches, Milan are forced to work hard when they host Bodo / Glimt at the San Siro. The Rossoneri who appeared without Zlatan Ibrahimovic were only able to win by a narrow score of 3-2.

Milan even had to be left behind in this match. Kasper Junker’s left footed shot from inside the penalty box in the 15th minute was unable to be stopped by Gianluigi Donnarumma.

In fact, the goal did not make the Milan players panic. Stefano Pioli’s team only needed one minute to equalize through Hakan Calhanoglu’s action.

After equalizing, Milan’s game was increasingly unstoppable. They were able to turn out ahead through Lorenzo Colombo (32′) and Calhanoglu’s second goal (50′) so that the score became 3-1.

Bodo / Glimt tried to get up five minutes later by reducing the position through Jens Hauge’s goal. But the 3-2 score lasted until the game was over.

In the playoffs, Milan will challenge Rio Ave. The match is scheduled to take place next week.