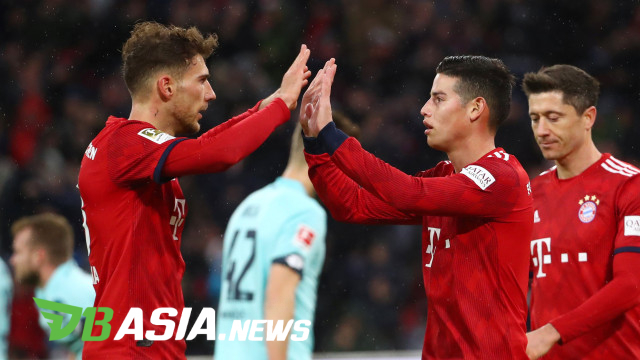 Throughout this season, Lewandowski did appear crazy with Bayern. The Polish striker managed to score in each of his matches with Die Roten. In total, Lewandowski has scored 19 goals in 13 appearances in all competitions.

“I think Robert Lewandowski is a very extraordinary player and there is nothing more I can say about his brilliant performance with us,” Alphonso Davies was quoted as saying on the official Bundesliga website.

“As a teammate, I see Lewandowski as a very humble person and ready to work hard. In every training session, he always works extra hard to be able to show a better appearance in the next match,” added Davies.

Neat appearance from Lewandowski managed to bring Bayern back to the top of the Bundesliga standings. The 31-year-old contributed one goal when Die Roten won the victory over Union Berlin at the Allianz Arena on Saturday (26/10).

The victory over Union Berlin made Niko Kovac’s troops now have collected 18 points from nine Bundesliga parties. The sharpness of Lewandowski is certainly expected to continue in the party against the tough team, Eintracht Frankfurt, this weekend.