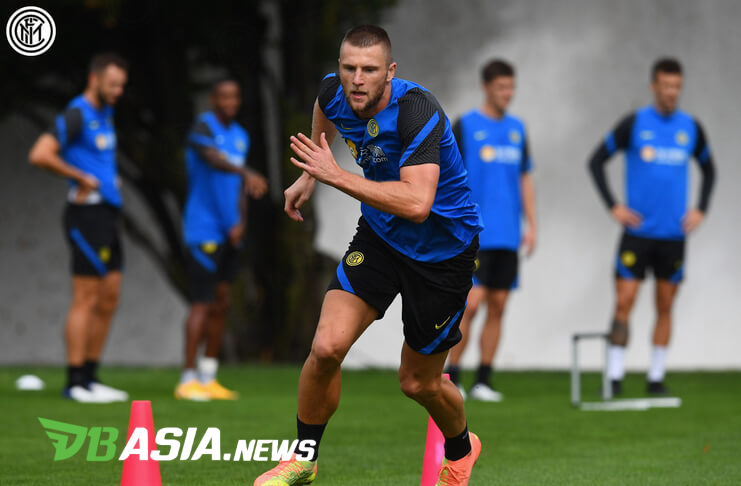 DBasia.news – Inter Milan coach, Antonio Conte, revealed that one of his players, Milan Skriniar, is still part of his project. However, according to the news circulating, Inter Milan are still in uncertainty about whether to sell or retain Skriniar.

The name Skriniar has been hunted by Tottenham Hotspur in the last few days. The Lilywhites do need a new center-back to replace Jan Vertonghen, whose contract has expired.

But Tottenham’s offer of 30 million euros has reportedly been rejected by Inter. This was confirmed by the sporting director, Piero Ausilio.

Ironically, Skriniar did not get minutes to play when Inter beat Fiorentina in the first match of the 2020-2021 Serie A, Sunday (27/9). Conte chose to play Danilo D’Ambrosio as one of the three central defenders.

Even though D’Ambrosio’s original position was a full-back, Conte prefers to play the 32-year-old player rather than Skriniar as a substitute for Diego Godin who left for Cagliari.

Conte said the decision to choose D’Ambrosio instead of Skriniar was purely due to tactical reasons. He confirmed that the Slovak defender was still included in his plans.

“For me, Skriniar is part of the project. It was a technical decision to play D’Ambrosio instead,” Conte told Sky Sport Italia.

“We have a lot of games to come and he is still ready to help me.”

Interestingly, Conte also did not rule out selling Skriniar this summer. But he was only willing to let it go at a high price.

This is certainly a kind of code for Tottenham. The club from North London had to increase their bid to get Skriniar.

“I don’t know what will happen, if we receive a big offer for him. We know our current financial situation and we are open to any solution,” he concluded.