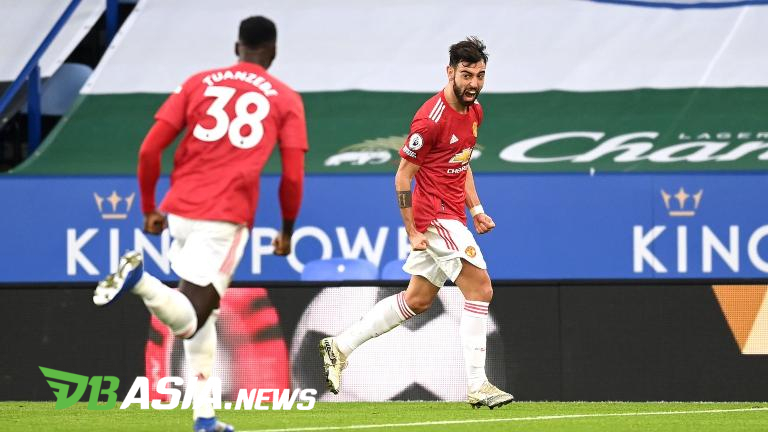 DBasia.news – Manchester United midfielder Bruno Fernandes became the first Portuguese player to score 10 goals in a Premier League season since Cristiano Ronaldo in 2008-09, but that was not enough to seal a win for Manchester United at Leicester City.

Thanks to Fernandes’ pass, Man United took the lead in the 23rd minute. The former Udinese player’s assist was struck by Marcus Rashford for a goal.

Leicester had equalized to 1-1 through Harvey Barnes’s goal. However, in the 79th minute, Fernandes scored to bring Manchester United back ahead.

Unfortunately, Manchester United’s victory was shattered five minutes before the whistle. Leicester made the score 2-2 after Axel Tuanzebe scored an own goal.

Cristiano Ronaldo made that record in the 2008-2009 season. At that time, at the end of the competition, the Juventus player scored 18 goals.

Continuing to receive praise, Bruno Fernandes didn’t want to be conceited. According to him, his rising appearance was inseparable from the help of other Red Devils players.

“I enjoyed this performance. There are good clubs who were around and helped me from the start. They gave me confidence. When I received support, I felt better,” said Fernandes.

“We want to win games. If you focus on other teams, you can’t focus on what can be done,” he added.

Manchester United brought in Bruno Fernandes from Sporting CP in the winter of 2020. At that time, Man United spent 55 million euros.