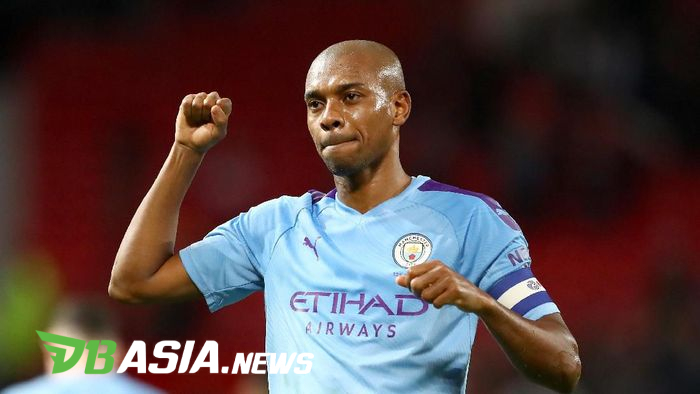 DBasia.news –  Man City midfielder, Fernandinho, officially extended his tenure with the club based at the Etihad Stadium on Tuesday (1/28). The Brazilian player is adding to the duration of his contract for one year which will expire in 2021.

Previously, Fernandinho was reportedly ready to follow David Silva’s steps and leave for free from the Etihad Stadium in the near future. As the contract of the 34-year-old player will expire at the end of the upcoming 2019-20 season,

According to Fernandinho, his family was the biggest reason behind the extension of his contract with The Cityzens. He also claimed not to have to think long to approve the contract extension proposed by The Cityzens.

“There were moments when I thought more about my family and children. That is the reason I extended my contract here, “he said quoted from the official website of Manchester City.

“I feel so thrilled. It’s the same as my family. Now, I hope to be able to make supporters happy with the extension of this contract, “he added.

Despite being 34 years old, Fernandinho remains an important player for Manchester City. So far, he has collected 20 appearances in the Premier League as both a central defender and a defensive midfielder.

Yes, Fernandinho was played several times as an emergency central defender by Pep Guardiola. The decision was taken after Manchester City experienced a defender crisis some time ago.