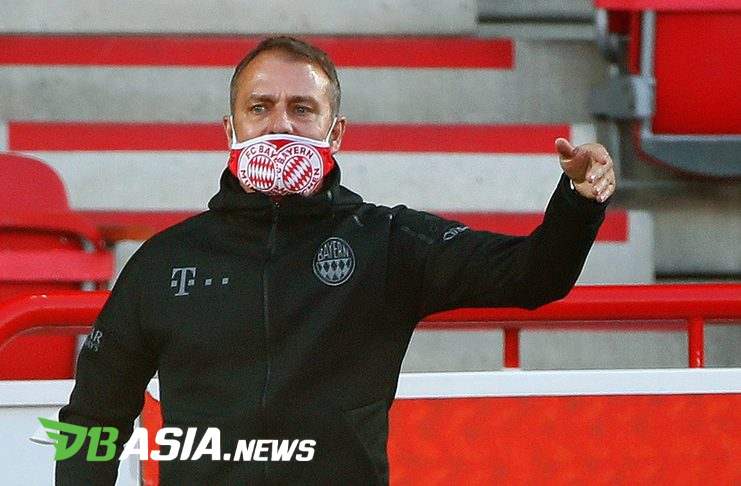 DBasia.news – Robert Lewandowski was able to score a goal when Bayern Munich won 2-0 at Union Berlin on Sunday (5/17/2020). However, that did not seem to impress coach Hansi Flick. The coach gave a note to the striker.

The main highlight of Hansi Flick was Robert Lewandowski’s involvement in the game. Despite scoring goals, the involvement of the Polish player is minimal.

“Lewy (Robert Lewandowski nickname) looks impressive. He is in the best performance. However, we failed to involve him more often in the game today. Things like this, in general, about our attack, we need to improve it again,” Hansi Flick said after the match as quoted by Sport1.

One of the things that is suspected to be the cause of the problem is the change in the position of Thomas Mueller. At home to Union Berlin, the former German national team player was placed on the right side, not behind Lewandowski.

Apart from that, Flick still believes Lewandowski is still likely to equal the record 40 goals in a season in Bundesliga 1 held by Gerd Mueller. However, he stressed, it would take more effort from the striker and his team to make that happen.

“He still has eight more weeks to break the record. It won’t be easy, but he has quality. If there is someone who is able to do it, that would be him,” said Flick about Robert Lewandowski’s opportunity.

Additional one goal in Bayern Munich’s 2-0 win over Union Berlin makes Robert Lewandowski now collect 26 goals in the Bundesliga 1. That means he needs to score an average of 2 goals in the next eight games to get past Gerd Mueller’s record.