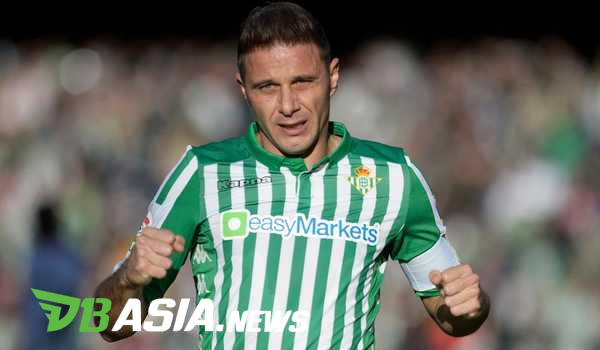 DBasia.news –  Real Betis winger, Joaquin, (38) only needed 20 minutes to score the first hat-trick in his career when he brought his team to win over Athletic Bilbao, Sunday (8/12) as well as being the oldest player to score a hat-trick in La Liga.

The 38-year-old’s goals gave the host, Real Betis a 3-2 win over Athletic Bilbao.

“This is the first hat-trick in my life. I don’t think that will happen again,” said Joaquin, who broke the record of legendary player, Alfredo Di Stefano.

“I am not a goal scorer in my entire career, so I am extremely proud to be able to achieve three goals against rivals like Athletic. Given my age, it is not an easy thing to do.

As reported by Sky Sports, Joaquin became the oldest player to score a hat-trick in La Liga at the age of 38 years and 140 days. He scored with a shot from near the penalty spot, then scored the second goal with a curling shot from a far angle and packed his third goal from inside the penalty area following a counter attack