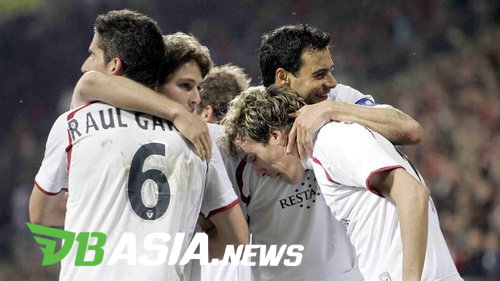 DBasia.news –  Valencia managed to overcome Deportivo Alaves with a score of 2-1 in the eighth week of the Spanish League, while in another match Villarreal lost and lost to Osasuna 1-2 on Sunday morning Western Indonesian Time.

Valencia even almost quickly ahead when the match lasted only 10 minutes when Dani Parejo’s cross was gored by Rodrigo Moreno, but goalkeeper Antonio Sivera saved it.

The host finally opened the scoring in the 27th minute through goals scored by Maxi Gomez after utilizing a bait from Rodrigo.

That advantage can only be doubled by Parejo through the white point after he was dropped by Sivera in the 83rd minute. The goal became a self-confidence injector for Parejo who failed to execute a penalty in a match against Ajax in the Champions League in the middle of last week.

Meanwhile, Alaves who tried to get up could reduce the gap a minute before dispersal through Lucas Perez’s left foot kick but they were unable to equalize the remaining time available.

The result was successful lifting Valencia’s position up to eighth standings with a collection of 12 points, while Alaves (8) dropped to 15th.

Villarreal throw away a quick lead

In another match that took place later at El Sadar Stadium, Villarreal took a quick lead over the hosts with a goal from Pau Torres when the match was only five minutes old.

Villarreal kept trying but opportunities to opportunities they created did not produce results. Instead, Osasuna managed to equalize with a long-range shot from Facundo Roncaglia taking advantage of Villarreal’s bad anticipation after a corner kick.

The visitors almost restored the lead when Gerard Moreno’s cross was headed by Samuel Chukwueze, but keeper Ruben was quick to save.

Not only successfully defeated Villarreal’s attack, Osasuna even managed to turn around to lead when Chimy Avilla grabbed the ball to throw up a shot by Fran Merida who had hit the visitors’ defense in the 79th minute.

Score 2-1 for Osasuna’s victory lasted until the fight was over lifting them to 11th with 11 points, while Villarreal (11) dropped to ninth.