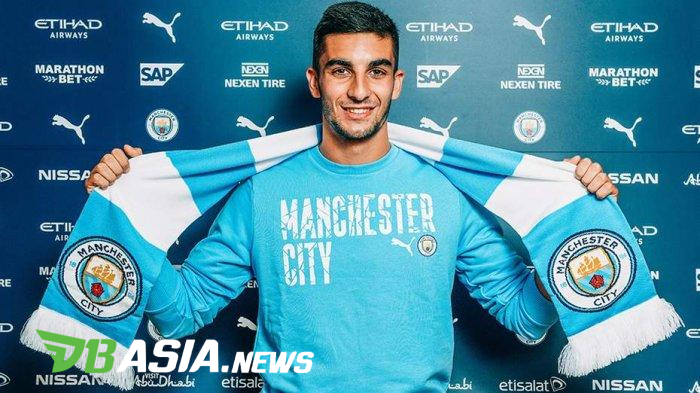 Torres reportedly will be plotted as a replacement for Leroy Sane, who eventually left and returned to Germany to strengthen Bayern Munich. Torres revealed that one of his considerations for joining The Citizen was the attacking style of football that coach Pep Guardiola carried out with The Citizen.

“Every player wants to be involved and strengthen the team that appears to attack and Manchester City is one of the most surrendered teams on the football scene at the moment. Pep is a coach who encourages his team to play openly and aggressively, a style that I really like, ” Torres said on the club’s official website, Wednesday (5/8).

In addition, the Los Che junior team alumni also expressed his interest in being able to work with Guardiola. According to him, Guardiola is a coach who can help develop young players. Torres also now hopes to be an important part of the City squad, especially in an effort to win prestigious trophies in the coming seasons.

“Guardiola has a good track record in developing players’ abilities. To be able to have him watch over my development is a dream. City have won so many trophies in the last 10 years. I hope I can play a role in continuing that success, ” he added.

Since breaking into Valencia’s main team in the 2017/2018 season, Torres has indeed shown significant progress. The Spanish national team U-19 player had nine goals from 97 appearances with Los Che in the last three seasons. This season, Torres is able to pack eight assists and six goals from 44 appearances in all competitions.

City’s Football director, Txiki Begiristain, said that with his young age and skillful playing technique as a winger, Torres is the player City is in need of at this time. Begiristain is also optimistic, Torres can immediately adapt and show a good performance in City’s first team next season.

“He’s the type of player who is fast and direct. With just one move, he could create a gap in the opponent’s back line. In addition, he can also create moments that can lead to victory. I feel City is the ideal place for him to develop and with Pep’s presence, he can take his game to a higher level, ” Begiristain said on the club’s official website.