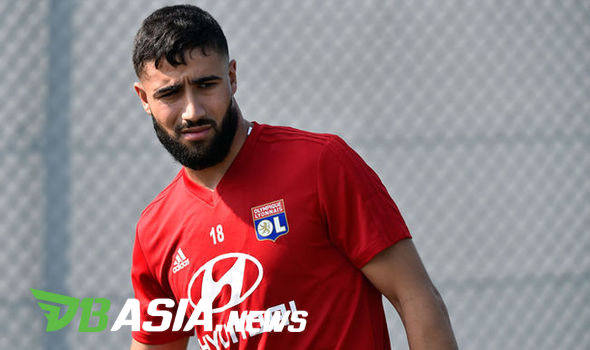 DBasia.news –  The player who was rumored to be joining Arsenal or Liverpool, Nabil Fekir, made the public surprised by his transfer from Olympique Lyonnais to Real Betis.

“Real Betis Balompie and Olympique Lyonnais have reached an agreement for the transfer of midfielders, Nabil Fekir. The French international player has signed a contract until 2023 with the Green and White club. Fekir is the fourth new recruiter for the 2019-20 season,” said the statement on the official Betis website.

Betis bought Fekir from Lyon for 17.75 million pounds or approximately Rp. 308.7 billion, plus a variable of 9.8 million pounds. There is also a sales clause of 20 percent if Betis later sells it to another club.

Fekir, 26, has been playing for Lyon for six years in the first team since promotion from Lyon’s B team in 2013. The attacking midfielder who can play as a striker played 193 times in total with Lyon, scored 69 goals and gave 46 assists.

With the French national team, Fekir has won 21 caps and is part of the squad that won the 2018 World Cup in Russia. Previously, Fekir had been linked to joining   Jurgen Klopp’s Liverpool last summer.

The transfer failed to materialize because Lyon did not want to release the player at the time. Fekir became Betis’ fourth recruit this summer after the club recruited Dani Martin, Emerson, and Juanmi. The other two new players are different cases.

Alfonso Pedraza was loaned by Betis from Villarreal, while Giovani Lo Celso’s contract was signed by Betis from PSG (Paris Saint-Germain) for £ 19.80 million after last season’s loan from Les Parisiens.