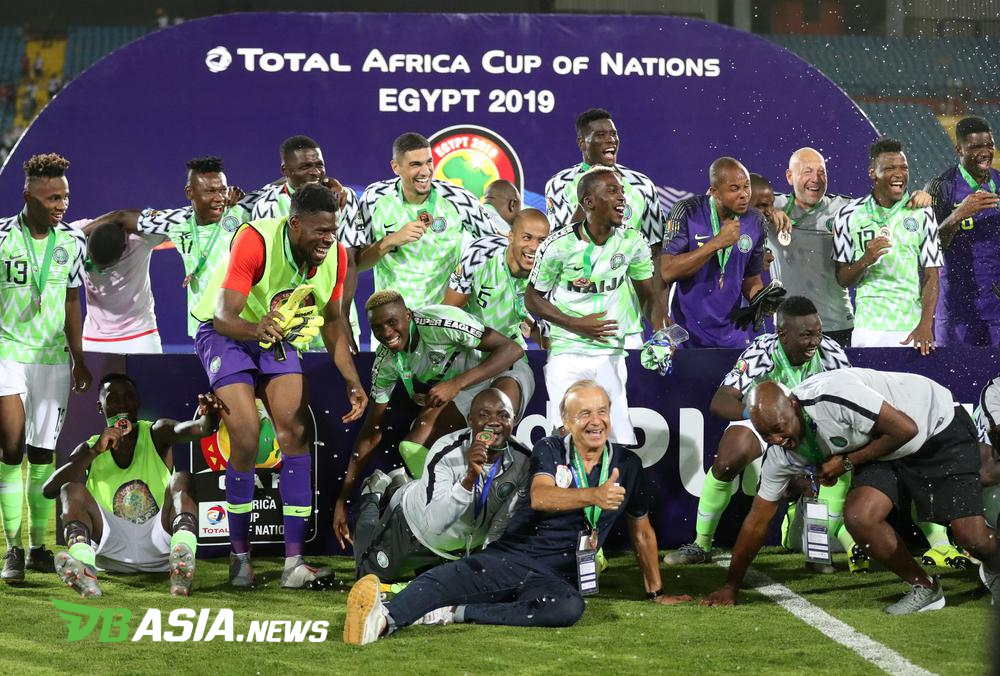 DBasia.news –  The Nigerian national team narrowly won 1-0 against Tunisia in the race for third place in the 2019 African Cup which took place at Al-Salam Stadium on Thursday (18/7) early morning Western Indonesian Time.

Although only finished third, each coach of both teams continues to reduce the composition of the best squad, Tunisia relies on Khazri Wahbi as a regulator of attacks in 4-3-3 tactics.

Just three minutes after the game began, Nigeria had immediately scored a goal through Ighalo’s goal. The former Watford striker struck the round skin by utilizing a wild ball from the reflection of the Tunisian keeper. Ighalo scored the fourth goal in the tournament and made him a temporary top scorer at the moment.

The fight was tight between the two teams throughout the game. Tunisia only dominates ball possession by 58 percent, while Nigeria has 42 percent. Experiments of the two teams’ kicks were also not far compared.

Tunisia releases 11 kicks and Nigeria 10. The difference is that the four kicks from Nigeria are on target, while Tunisia only has one shot on target. Both teams try to launch more attacks to score goals.

However, the ball is more struggling in midfield. As a result, until the game ended, Nigeria won with a single goal from Ighalo and Tunisia unable to break down the Nigerian goalkeeper guarded by 20-year-old goalkeeper Francis Uzoho.

Finalists for the 2019 African Cup will be played at Cairo International Stadium on Saturday (20/7) between Senegal and Algeria. Sadio Mane versus Riyad Mahrez.