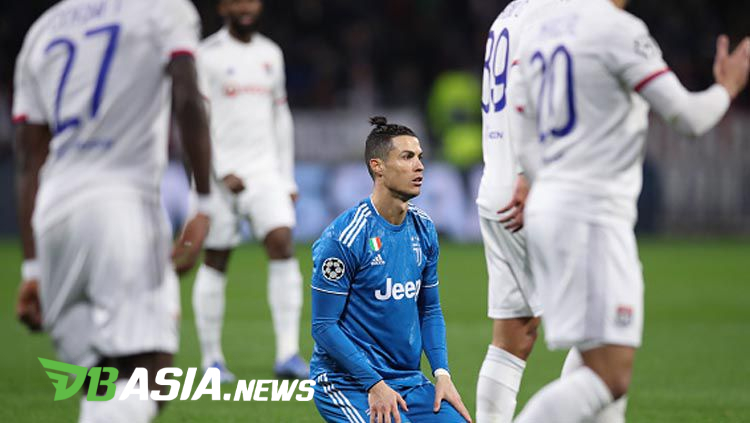 DBasia.news –  Olympique Lyon won the victory when they hosted Juventus in the Champions League first leg on Thursday (2/27) early morning hrs with a score of 1-0. The appearance of Rudi Garcia’s men managed to make the star of Juventus, Cristiano Ronaldo unable to do anything.

Lucas Tousart made the difference with his goal on 31 minutes and helped Lyon win 1-0. Rudi Garcia, the Lyon coach, adopted such a great tactic that Juventus did not launch a single shot on target from 14 kick attempts and 64 percent possession.

According to records from Squawka, Ronaldo released four attempted kicks and no one tested Anthony Lopes, the Lyon goalkeeper. Not only that, Lyon became the first team in 2020 that did not become a ‘victim’ of Ronaldo.

The 35-year-old has always scored in the last nine matches in all competitions (13 goals). Ronaldo’s goal trends stop when playing at Lyon headquarters.

One of the keys to Lyon’s greatness is stopping Ronaldo and Juventus collectively, in addition to teamwork, also because of the prominent individual in Bruno Guimaraes.

Bruno, 22, was recruited from Athletio Paranaense in January and immediately played an important role in supervising the team’s defense. Bruno won the duel for the ball as much as 87.5 percent, had a pass accuracy of 96 percent in the opponent’s defense, four times to cut the ball from the opponent, three tackles, and six times won the ball.

Added by football observer, Jermaine Jenas, Ronaldo’s difficulty in scoring goals against Lyon also occurred due to lack of help from midfield.

“Cristiano Ronaldo is the only creative player (Juventus), beating the player, but you want it at the end of the opportunity he has created. The midfield (Juventus) is not good enough at all, “said Jenas at BT Sport.