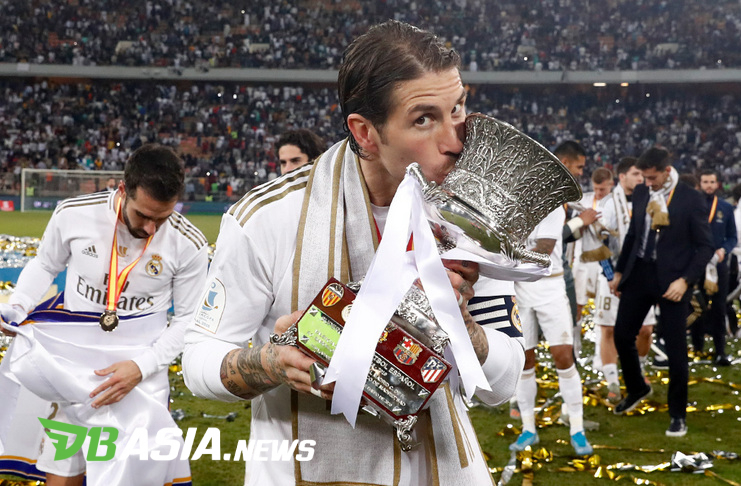 DBasia.news –  Federico Valverde, an Uruguayan player who is considered to be very decisive in the final result thanks to his actions tackling Alvaro Morata. However, Real Madrid’s victory over Atletico Madrid is inseparable from the figure of Sergio Ramos.

In the final of the Spanish Super Cup held in Saudi Arabia, Ramos was the penalty taker who determined the 4-1 victory. Coldly, he released the ball into the lower right corner of the goal while Jan Oblak moved in the opposite direction.

When traced back, Sergio Ramos is a scourge for Atletico Madrid. In the three finals that link Diego Simeone’s team with Real Madrid, the defender always has a big role. Not only in stemming the opponent’s attack, but also in scoring important goals.

Two years later, Ramos was once again the culprit of Los Colchoneros’s defeat. He opened the scoring in the 15th minute which was then likened to Yannick Ferreira-Carrasco in the 79th minute. Then the match must continue on penalties. In high-fights, the captain of Los Blancos who became the fourth executor was able to conquer Jan Oblak. Madrid then won 4-1.

Sergio Ramos scored again when Real Madrid met Atletico Madrid in the 2018 European Super Cup. In that match, he scored with a penalty in the 63rd minute. The difference, he failed to bring Los Blancos this time to win. Los Colchoneros appeared as champions thanks to a 4-2 victory over extra time.