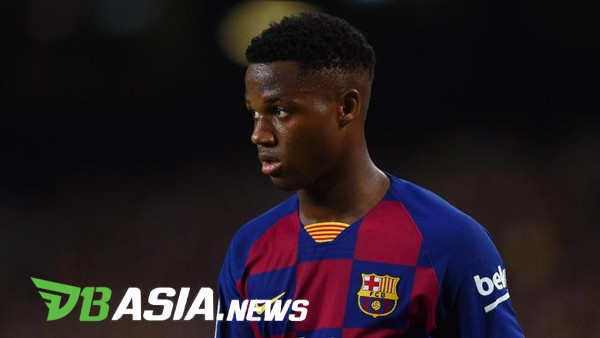 Ansu Fati was said to have been offered 100 million euros last month by the Premiere League club, but was rejected outright by La Blaugrana.

To the newspaper El Larguero, Bori Fati stressed his son was happy in Barcelona and was never contacted by The Red Devils.

“We enjoy life in Barcelona. But my son must be patient in facing opportunities because he is playing with the biggest footballer in Lionel Messi,” he said.

“The connection with United is not right, Ansu is happy here, he is living his dream. He doesn’t need to continue playing since the beginning of the fight, and he has Griezmann and Suarez in front of him. Ansu has plenty of time.”

The 17-year-old is currently negotiating his new contract even though he only signed his professional contract last summer.

The current contract will expire in 2022 with an option for a two-year extension until 2024, but Barcelona wants to agree to an unconditional future until 2025 with an attractive offer.

The Spanish national team U21 player is enjoying his fantastic debut season with six goals from all competitions, including when he created the winning goal in the Champions League match against Inter Milan and other winning goals against Levante and Leganes.