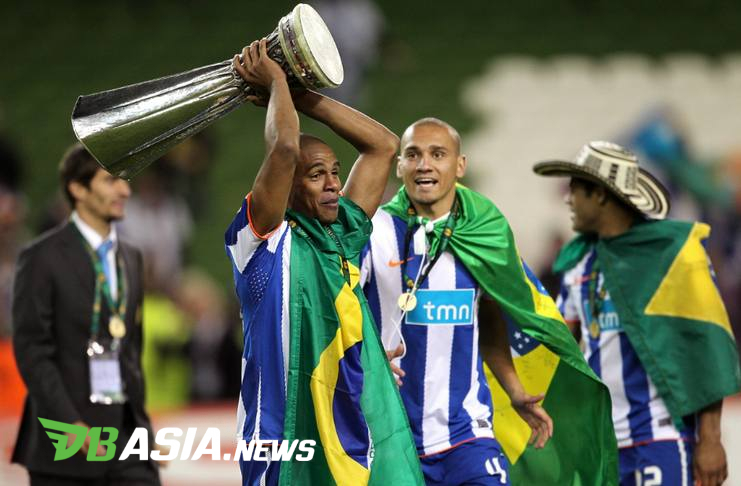 DBasia.news – On May 8 nine years ago, the Portuguese League club FC Porto returned to make their own achievements. After the 2003-04 season with Jose Mourinho won the Champions League title, in the 2010-11 season Porto successfully won the trebel winners.

This achievement cannot be separated from the role of coach Andre Villas-Boas. The former Jose Mourinho’s assistant at Chelsea was able to pass the mentor who in 2004 almost won the treble winers title.

Soldered with Latin American nuances, Villas Boas not only made the club nicknamed The Dragon triumph in local competition but also successfully grabbed the Europa League title that season.

On the back line, Villas Boas has a duo Maicon and Rolando in the heart of the defense. Both are quality guarantees for Helton goalkeepers who have high flying hours. While in the full back sector, Villas-Boas entrusts the Uruguayan player, Alvaro Pereira.

Shifted in the middle sector there is a Colombian midfielder, Fredy Guarin who is a balance between attacking and defending. The brain of the game is in the players of Portugal, Joao Moutinho and James Rodriguez.

The duo both made the flow of the ball to the front lines made it easier for the duo Radamel Falcao and Hulk to be a goal machine for FC Porto in both the Portuguese NOS League, the Taca de Portugal, or the Europa League.

Hulk was Porto’s top score in Portugal’s NOS League with 23 goals while Falcao was Naga’s top score in all competitions that season with a record of 39 goals.

At the beginning of the 2010-11 season, Porto had been predicted that the local media would not encounter significant obstacles to win the 25th title. Player material is the main reason, plus the two strongest competitor teams, Benfica and Sporting Lisbon do not bring in star players.

Vitoria de Guimaraes became the first team to be able to win points when they met Porto on 4 October 2010. Then on 27 November 2010, Sporting arrested Falcao et al. In Week 29, against Pacos de Ferreira in Estádio do Dragão they also won 3-3.

Turning to the Portuguese League Cup or Taca de Portugal, Villas Boas was able to pass Mourinho’s record in 2004 which only won the runner-up title. See Sporting in the final, Porto won the title after winning the penalty shootout.

Whereas in European competition, Porto who lost to Genk in the Champions League play-offs had to resign themselves to playing in the Europa League. In the group stage, Falcao et al were a group with dark horse teams such as Besiktas, Rapid Viena, and CSKA Sofia.

Again, Porto was able to record a record without losing in the group stage. In the last 32, many people predicted that the dragon’s steps would stop. Understandably, they must meet Sevilla, the ruler of the Europa League.

But they are able to reverse predictions on paper. Win 2-1 in the first leg, Porto who lost 0-1 in the second leg qualify for the round of 16. In this round they smoothly passed the Russian representative, CSKA Moscow.

Russian representatives must face again during the quarter-finals. Against Spartak Moscow, Porto won 10-3 on aggregate. This victory makes Porto worth staying up to be a champion.

Sure enough, beat Villarreal in the semifinals. Porto steps smoothly when meeting other Portuguese teams in the final round, Braga. Playing in Dublin, Porto won the Europa League title for the second time through a mere goal from Radamel Falcao.