AC Milan failed to win over Inter, Pioli was furious 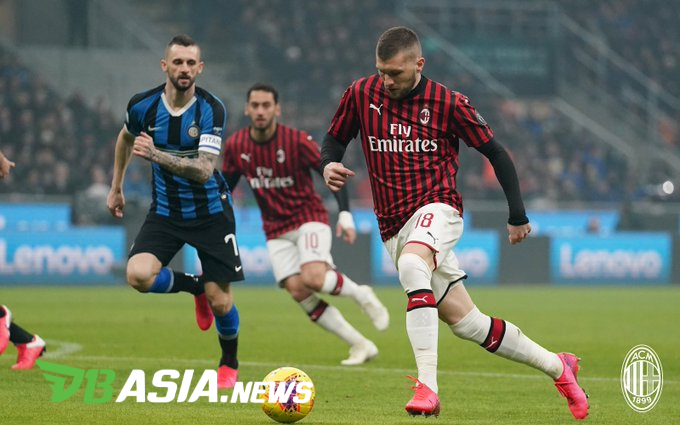 DBasia.news –  AC Milan coach Stefano Pioli admitted he was furious at AC Milan players because they could not maintain their lead over Inter Milan and eventually lost at the Derby Della Madonnina at the Stadio Giuseppe Meazza on Sunday (9/2) local time.

AC Milan had the upper hand when entering the dressing room because it won 0-2 in the first round.  Ante Rebic and Zlatan Ibrahimovic are the actors behind the situation.

Unfortunately, Milan lost focus in the second half.  Inter Milan got up and netted four goals against Gianluigi Donnarumma.

“The first half? We learned the strategy this week. In the second half there were two episodes in which we should have done much better,” explained Pioli as reported by Sky Sports.

Stefano Pioli did not deny Inter Milan playing much better in the second half.  However, he also considered La Beneamata lucky because of a number of golden opportunities Milan failed to become a goal.

“We are strong in the game, but the two goals that have changed everything. The match changed and we had to be more careful. Inter are far more experienced than us and used to appearing in certain matches.”

“They were also a little lucky. We hit two poles,” added the former Fiorentina tactician.

“I am angry with the players because we also have a defensive duty. We pressure them and can score goals,” said the architect of tactics.

With this minor result, AC Milan increasingly difficult to penetrate the European zone.  Ibrahimovic and friends are in 10th place after collecting 32 points.

ac milanAC Milan failed to win over InterPioli was furious