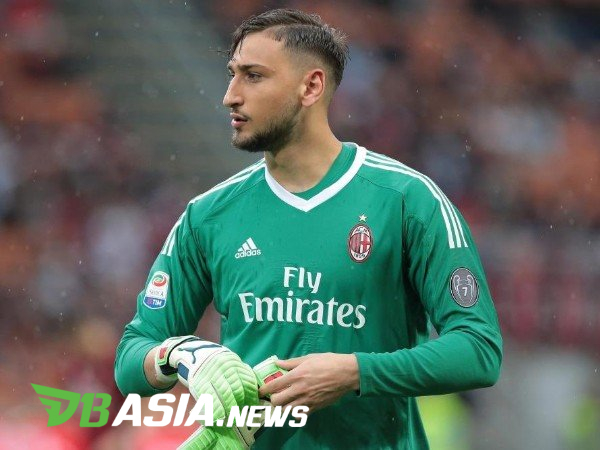 DBasia.news –  AC Milan began preparing a number of candidate names to anticipate the departure of 21-year-old goalkeeper, Gianluigi Donnarumma. The Rossonerri’s management change enlarges the chance of the Italian goalkeeper to leave in the transfer market next season.

Donnarumma could stay next summer as he is a goalkeeper and Milan’s best player. Paolo Maldini and Zvonimir Boban have confirmed their desire to maintain the team’s academy product.

But Boban has been dismissed by the club and Maldini is also rumored to be following him away from Milan. Milan CEO, Ivan Gazidis, is said to have prepared a long-term contract for Ralf Rangnick to handle Milan in terms of recruitment and technical training.

Donnarumma could have gone to see the internal situation that occurred in Milan. According to news from Gazzetta dello Sport, Milan has prepared three names of successors. They are Salvatore Sirigu, Alex Meret, and Juan Musso.

Meret was also unable to compete with David Ospina at Napoli. This season Meret has played 21 times in all competitions and conceded 27 goals. His official price is 35 million euros.

A name that is on the rise and is the subject of conversation in Italy. The 25-year-old Udinese goalkeeper has a tag of 15 million euros and has played 27 times in all competitions this season.

Musso’s agent thinks that his client has a value that is not much different from Kepa Arrizabalaga and Thibaut Courtois. Milan will have no trouble recruiting him because teams like Udinese always receive lucrative offers for the players they have.

Experience becomes Salvatore Sirigu’s strengths among the others. However, Salvatore Sirigu is not the ideal goalkeeper to be Milan’s long-term investment as he is 33 years old.

Sirigu has a contract until 2022 with Torino. This season the former goalkeeper of Paris Saint-Germain (PSG) and Palermo have played 33 times in all competitions.