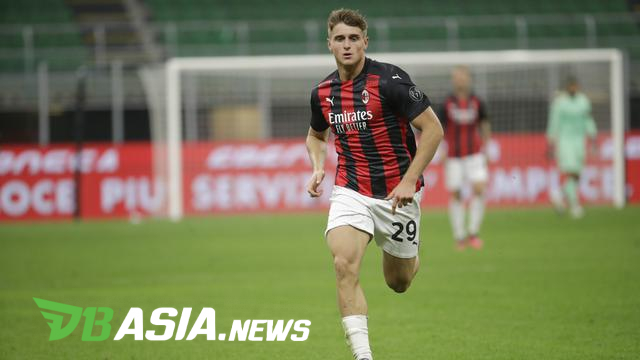 DBasia.news – AC Milan’s young star Lorenzo Colombo became the center of attention after making a golden record after scoring a goal in the match against Bodo / Glimt in the third round of the 2020-2021 Europa League qualifiers, at the San Siro Stadium, Friday (25/9) am, WIB

Facing a busy schedule, Stefano Pioli chose to play a number of young players. One of the players who got the chance to show off was Lorenzo Colombo.

The striker did not waste this opportunity. He scored AC Milan’s second goal in the 32nd minute. The goal was created after Colombo took advantage of Hakan Calhanoglu’s pass.

According to Opta Paolo, Lorenzo Colombo became the youngest Milan player to score in all competitions since M’Baye Niang did it against Reggina in the Coppa Italia, December 2012. When creating goals, Lorenzo Colombo was 18 years and 200 days old.

Looking at his career, Lorenzo Colombo is a player who graduated from the AC Milan academy. He was promoted to the Rossoneri U-19 team in July 2019.

His rising performance last season allowed AC Milan to give Lorenzo Colombo promotion to the first team. He scored nine goals in six games at Primavera 2a.

In addition, Lorenzo Colombo is also acustomed to the Italian national team in this age group. He has regularly entered the national team since U-15.

“I am thrilled with the first goal in AC Milan’s first team. This is a satisfactory result, but it is just the beginning. There are still many things I can do,” explained Colombo as reported by Milannews.

“I try to stay calm. I realize this is a great opportunity to show off. I’m always ready,” he said.

The chances of the player born in Vimercate, Italy, will again be greater after Zlatan Ibrahimovic is exposed to the corona virus. However, Lorenzo Colombo needs to make Pioli fall in love with the training session.