According to Ibrahimovic, 4-4-2 is the most ideal formation for Milan 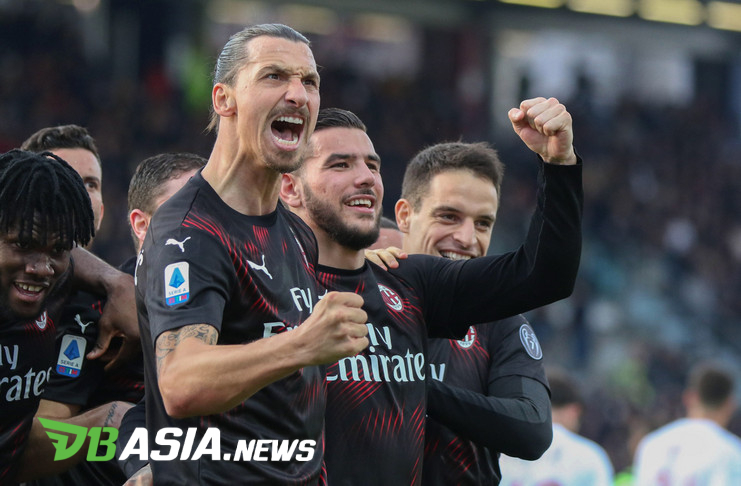 DBasia.news –  AC Milan bomber Zlatan Ibrahimovic rated the 4-4-2 formation to be the most suitable for the Rossoneri. This he said after the victory over Cagliari.

“We played with two strikers and two wingers to push the whole team further forward, and it went well. We work with this system all week. This is my second match, the first ending 0-0 with Sampdoria, we have three points here and must continue to work. When you work hard, luck changes your path, “Zlatan Ibrahimovic told Sky Sport Italia.

Milan won 2-0 over Cagliari in the Italian Serie A-League match at the Sardegna Arena on Saturday (11/01/2020). In that match, the Rossoneri goal was scored by Rafael Leao and Ibrahimovic.

In that match, Milan used a 4-4-2 formation with the duo Ibrahimovic and Leao up front. While Suso, Lucas Paqueta and Krzysztof Piatek were not included in the list of players.

Ibrahimovic’s goal came from an assist by Theo Hernandez. Beginning with Hernandez’s action on the left side, he then released a flat pass into the penalty box which was immediately struck by Ibra.

“It’s very important for a striker to try and be there, then the ball sometimes comes in, sometimes not. “I feel good in Milan, I got a few mistakes at the start of the match, but I need a few matches to be fit,” Zlatan Ibrahimovich added.

Milan itself is now in the seventh position of the Italian League standings. The Rossoneri collected 25 points from 19 matches.