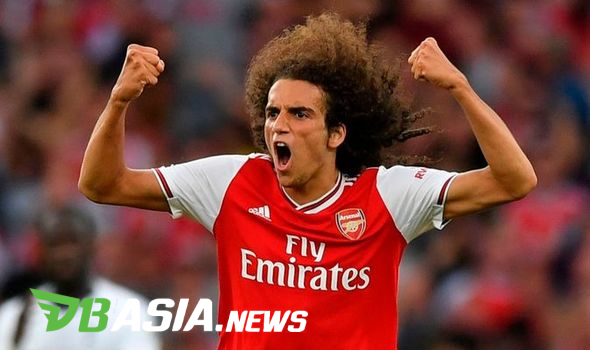 DBasia.news –  Matteo Guendouzi received praises for his performance with Arsenal this season. One of them came from teammate, Alexandre Lacazette, who also predicted he would become the world’s best midfielder.

When the Arsenal midfield received the spotlight this season, Matteo Guendouzi was actually praised by many parties. He is considered capable of being a balancing team and making the Gunners’ game flowed more.

This advantage has also made Alexandre Lacazette confident in his abilities. The bomber believes, Guendouzi’s big ambitions will help him become the best midfielder in the future.

“I am glad that Matteo was chosen as the best player in September. He played very well, he helped the team when we needed him. He really develops every season, “Lacazette said as reported by the official club website, Wednesday (10/16/2019).

“We can see all the top midfielders in the world playw like him. They all play with the ball. “Matteo has big ambitions and with that ambition he can become the world’s best player in his position,” continued the French player.

Not to forget, the player who is currently suffering from an injury reveals his friendship with Matteo Guendouzi and Pierre-Emerick Aubameyang.

“He is like a younger brother to me, and so is Aubameyang. We have a very close relationship. We work hard together and laugh together because our friendship is not just a teammate, “concluded Lacazette.