Alisson Becker: The Match against Flamengo won’t be Easy for Liverpool 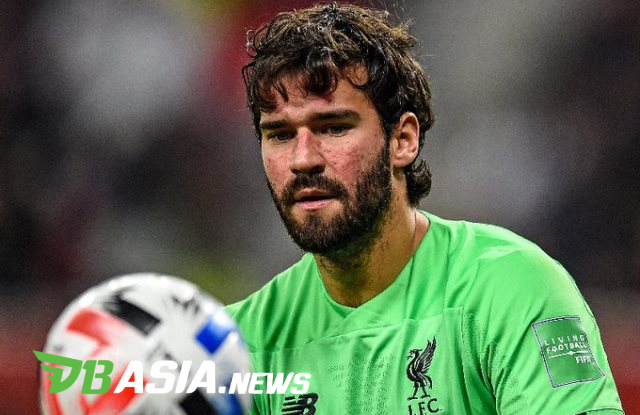 DBasia.news –  Liverpool has managed to reap maximum results when undergoing the 2019 Club World Cup semifinals. Ahead of the Reds, Brazilian goalkeeper, Alisson Becker couldn’t wait to face the club from his own country.

Liverpool qualified for the Club World Cup final after winning 2-1 over Monterrey on Thursday (12/19/2019) AM. The two goals from Juergen Klopp’s team was scored by Naby Keita and Roberto Firmino. Meanwhile, Rogelio Funes Mori’s only goal came from the opponent.

The victory has made Alisson Becker and colleagues cruise to the top of the Club World Club clash to face Flamengo who the previous day won 3-1 over Al Hilal. For the former AS Roma goalkeeper, Negro Rubo, it will be a big test for his team.

“That is not only a test for Flamengo, but also for us. They have a different style of play than what we usually face. Now, we must prepare to face the fight. We will do our best to win titles that are important to us, “Alisson Becker said as quoted by Football5Star.com from Globo Esporte.

Specifically, the Brazilian national team goalkeeper stated, “In Flamengo there are many players who are familiar with me. Gerson, Diego Alves, Filipe Luis, Rafinha, and their president. I know them on the national team. It would be nice to meet them again. I think the game will be a big performance. “

Liverpool’s meeting with Flamengo in the Club World Cup final was a repeat of the 1981 Intercontinental Cup. Alisson Becker and colleagues certainly do not want to repeat the results 38 years ago. The reason is, at that time, Kenny Dalglish and colleagues lost 0-3 to Zico and mates.