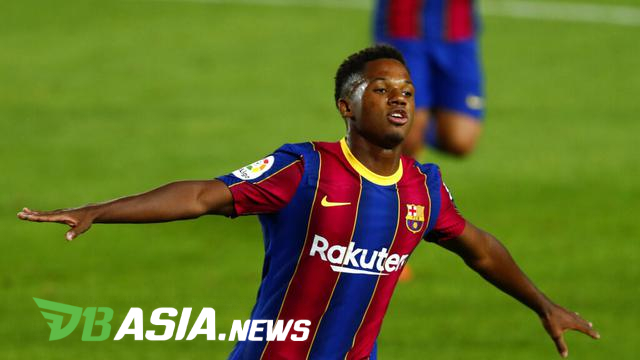 DBasia.news – The competition for the 2020 Golden Boy trophy is getting tighter. The name Ansu Fati has now emerged as one of the dark horses to receive the award for the world’s best young player under the age of 21.

Tuttosport as the organizer has reduced the list of winning candidates to only 20 names. Several well-known names that became the mainstay of top European clubs have participated in it.

The duo of Borussia Dortmund, Erling Haaland and Jadon Sancho are still the strongest candidates to win this award. The consistent performance shown by both of them is the main reason.

At the age of 20, Haaland has become one of the most respected attackers in Europe. Collection of 44 goals last season is a small proof of his sharpness in front of the opponent’s goal.

Meanwhile Sancho becomes one of the best servants for Haaland. His total of 20 goals and 20 assists last season has made Manchester United eager to obtain him.

Names such as Mason Greenwood, Vinicius Junior, and Sandro Tonali are still included in the list of the remaining 20 candidates. However, their less prominent performance at the start of the 2020-2021 season slightly reduced the chances for the three of them to win.

On the other hand, Ansu Fati, who was previously under-calculated, has the opportunity to make a surprise. Moreover, his performance has really stood out in recent months both at club and national team level.

Another name that can come as a surprise is Alphonso Davies. The Bayern Munich full-back has shown an impressive performance after helping his club win five prestigious trophies this year.