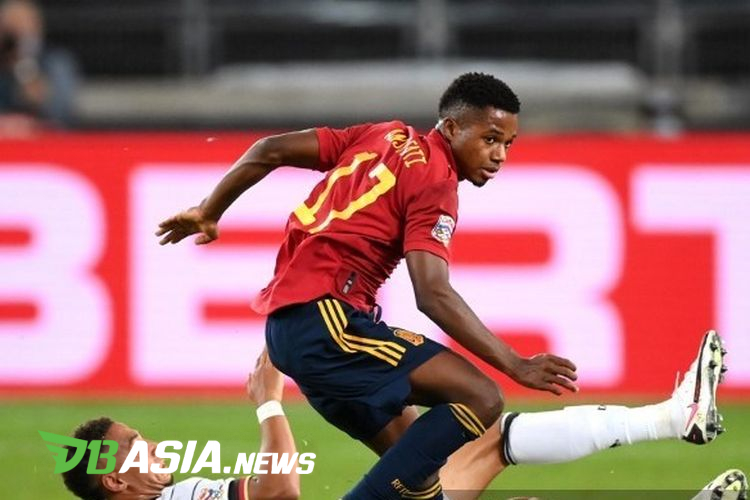 One goal scored by Ansu Fati against Ukraine has a special meaning. This made him establish himself as the youngest ever goalscorer in the Spanish national team.

Ansu Fati scored a goal when he was 17 years and 311 days old. He broke the previous record held by Juan Errazquin.

Errazquin holds the record for Spain’s youngest goalscorer since 1925. At that time he scored a goal against Switzerland when he was 18 years and 344 days old.

The record is even more special as the match against Ukraine is Ansu Fati’s first appearance as a starter in the Spanish national team. He plays as a left striker to accompany Gerard Moreno and Daniel Olmo.

Remarkably, Ansu Fati did not seem nervous even though he was playing his first match as a starter. He even played an important role in the process of creating Spain’s opener.

The player from Guinea Bissau was violated in the forbidden box, which caused Spain to be awarded with a penalty. Ramos, who was the executor, successfully carried out his duties.

Even though three days earlier, Ansu Fati had just made his debut with Spain when he faced Germany. At that time he was played as a substitute in a match which ended in a 1-1 draw.

This victory temporarily placed Spain at the top of Group 4. Luis Enrique’s team packed four points from one win and one draw.