Atletico Madrid is in third place in LaLiga 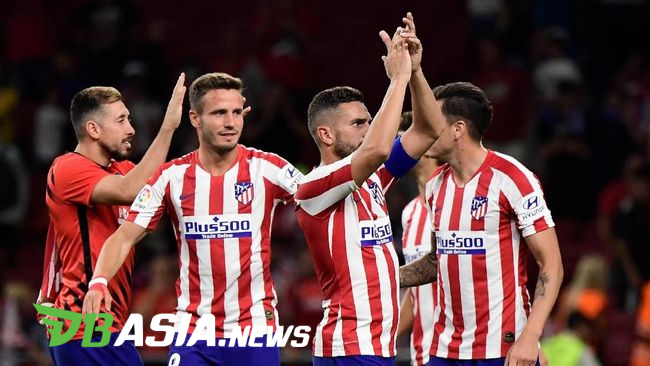 DBasia.news –  On the eighth week, last Sunday (6/10), Atletico Madrid won a draw against Valladolid at home.

Coming to the Jose Zorrilla Stadium, the team made by Diego Simeone has a positive provision of the results of the Champions League victory.

But 54 percent of ball possession could not be converted into victory by Atletico who as usual appear pragmatic, especially in the first half, according to the official page of the Spanish League.

Instead, the hosts threw away the chance from the spot they got in the 35th minute following Thomas Partey’s foul on Sandro Ramirez inside the restricted area.

Atletico’s second half appeared more aggressive, but their best chance in the 54th minute through Alvaro Morata was saved accidentally by goalkeeper Jordi Masip using his face.

Another good opportunity for Atletico was created in the 81st minute when a Kieran Trippier cross fell right in the Angel Correa shooting room which was greeted by him with a volley, unfortunately, the ball hit the goalpost.

Nevertheless, an additional one point for a while is enough to lift Atletico’s position to 3rd with a collection of 15 points, while Valladolid dropped to 10th.

In other matches that take place earlier or later at a local Sunday, Mallorca, Celta Vigo, and Getafe have won.

Mallorca who host Espanyol at Son Moix 2-0. Ante Budimir opened the scoring through a close-range shot in the 37th minute before Salva Sevilla completed it with a left-footed strike in the 73rd minute.

Meanwhile, in Balaidos, a mere goal scored by Iago Aspas brought Celta Vigo overcoming his guest Athletic Bilbao with a score of 1-0.

That goal also became Aspas’s first goal in the Spanish League this season after years of being known as Celta Vigo’s top scorer.

Whereas at the Reale Arena, Sociedad threw away a quick advantage gained through Mikel Merino and finally bowed down before Getafe, losing 1-2.

Getafe equalized first through Jaime Mata’s header in the 69th minute. Then a minute before it broke up dramatically they turned to ensure three points when Nemanja Maksimovic broke Sociedad’s goal.

The results made Getafe, Celta Vigo, and Mallorca improve their position in the standings. Getafe is ranked 12th with 10 points, Celta Vigo (9) is 15th and Mallorca (7) 18th.

In contrast, Sociedad (13) dropped to sixth and Espanyol (5) slipped to 19th, while Bilbao (12) was held in seventh place.