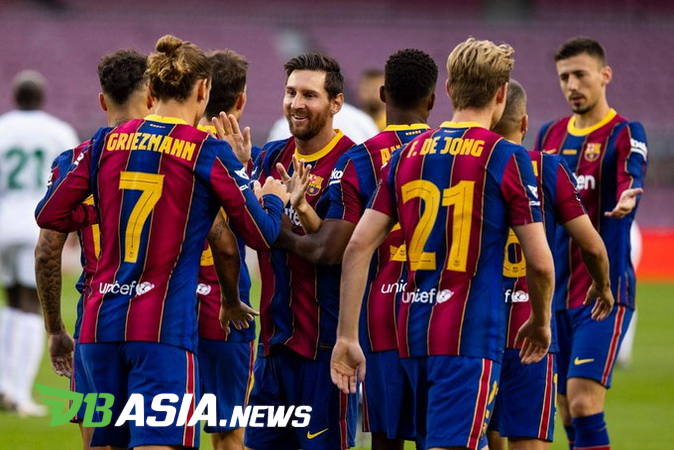 DBasia.news – Barcelona are in discussion to reduce salaries for all those involved in the club by 30 percent.

Quoted from the Cadena Ser report by Football Espana, Thursday (15/10), this was done in order to relieve worrying financial pressures.

Negotiations will take place with the main squad and non-player staff in the coming weeks. It is targeted that there will be an agreement on November 5.

The club will take concrete steps if no agreement is reached in meetings with non-player squad and staff.

Several Blaugrana players are openly rumored to be moving. Several other reports claimed that they would not agree with the plans for the cuts and they were suspicious of the club’s actions.

Last week, the club reportedly ended its first-team contract unilaterally in 2021. Barcelona’s debts have swelled during the 2019/2020 season.

“The reduction is unnecessary for the players, there could be different formulas,” explained Barcelona Finance, Director Jordi Moix to radio station RAC1 last week, via Diario Sport.

He said the contract could be adjusted by referring to several established criteria such as proportionality and sporting conditions.

Today, he said, the club was facing an extremely complicated situation. Therefore the club needs to find the balance of the budget in the best way.

“Avoiding losing future jobs is what we must prioritize,” he added.