Bayern Munich Strong on the Top of the Standings, Dortmund Goal Party 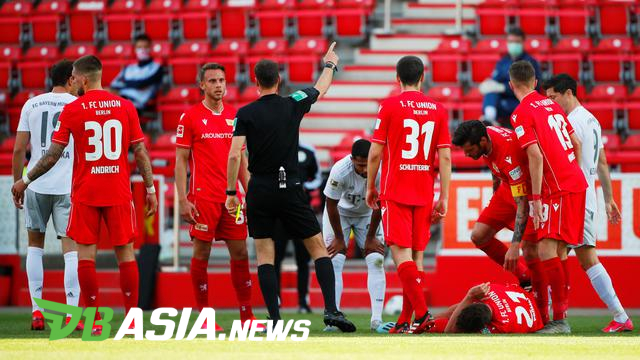 DBasia.news – Bayern Munich are still firm at the top of the Bundesliga standings in the 26th week. Die Roten successfully kept distance of four points with Borussia Dortmund.

Bayern Munich firmly topped the standings after a 2-0 win over Union Berlin at an der alten Forsterei. Bayern led by Hans-Dieter Flick dominated possession by 62 percent and released 10 attempted kicks – three on target.

Two Bayern goals were scored by Robert Lewandowski (penalty – 40 ‘) and Benjamin Pavard (80’). Lewandowski scored his 26th goal in 26 Bundesliga matches and made it a temporary top score. The penalty was awarded after Neven Subotic dropped Leon Goretzka in the restricted area.

Bayern now ranks one standings with 58 points from 26 matches, four points adrift of Borussia Dortmund who previously won 4-0 over Schalke in Revierderby in a match that took place at Signal Iduna Park.

Dortmund made by Lucien Favre scored via Erling Haaland (29 ‘), two goals by Raphael Guerreiro (45’ and 63 ‘), and Thorgan hazard (48’). Die Borussen continues to keep his distance from Bayern, while Schalke is in the middle of the table at number eight.

Meanwhile RB Leipzig had to settle down to fourth place after a 1-1 draw against SC Freiburg. In fact they had left behind in the 34th minute from Manuel Gulde’s goal before Yussuf Poulsen’s reply on 77 minutes.

Leipzig made by Julian Nagelsmann one point adrift of Borussia Monchengladbach in the order of three standings. Gladbach won 3-1 over Eintracht Frankfurt through goals scored by Alassane Plea (1 ‘), Marcus Thuram (7’), and Ramy Bensebaini (73 ‘penalty), reduced by Andre Silva (81’).

Below are the complete results of Week 26 of the Bundesliga: