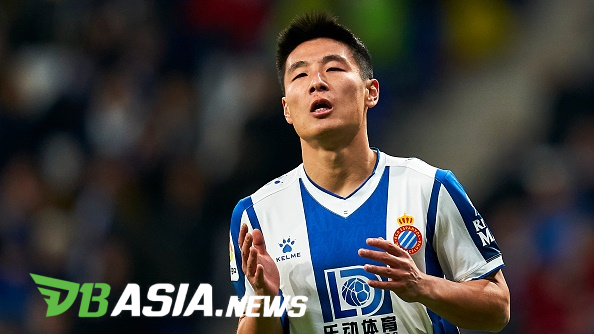 DBasia.news –  International Chinese footballer, Wu Lei has tested positive for COVID-19 with mild symptoms, and he has isolated himself at his residence in Barcelona, Spain.

He became a professional footballer from China who had been tested and found positive for the COVID-19 virus.

“Wu is experiencing mild symptoms and is now isolating himself at his home in Spain,” stated the unnamed source.

Espanyol confirmed that six staff members of his club had undergone the corona virus test, but did not mention which of their players had been infected.