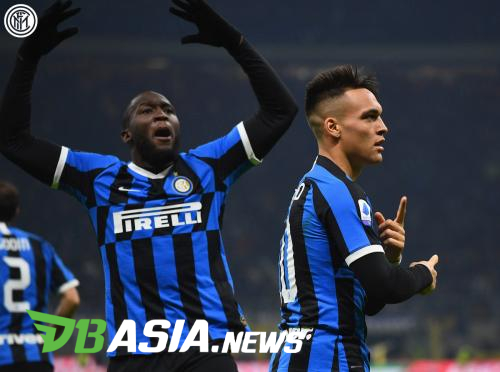 DBasia.news –  Inter Milan striker, Romelu Lukaku, continued to show his fangs when helping his team bring a 4-1 victory over Cagliari in the 2019-2020 Coppa Italia round. Lukaku scored two goals in a match played at the Giuseppe Meazza.

In total, the Belgian player has donated 18 goals for Inter this season. The player is satisfied with his sharpness.

“I have to thank my teammates, coaches, staff and fans. Everyone has helped me from day one, “Romelu Lukaku said at Soccerway.

“Inter is my best choice. I can grow here and I can make my contribution. My role is to help the team in any way and I know that fans like this. I must defend this. “

“Obviously, scoring goals is the aim, but however, I don’t only think about myself, but also the team. I am here to achieve this and I hope to win something. However, for now, I only focus on Lecce, “Romelu Lukaku added.

In the next match, Inter Milan will travel to the Lecce headquarters in the continuing Serie A match. Victory is a fixed price for Inter in order to catch up with Juventus on the throne.