Defenders Can Be Brought To Manchester City in January 2020 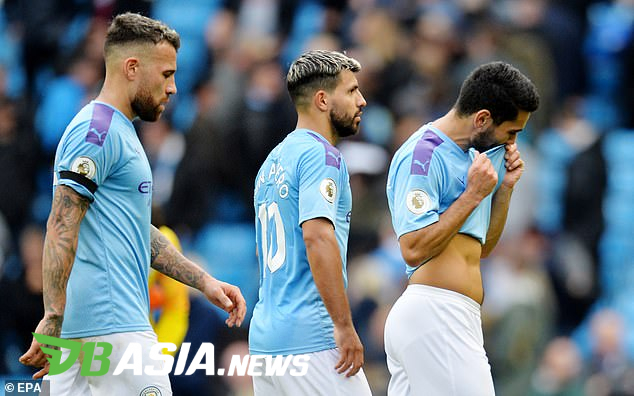 As a result, City is now eight points adrift of Liverpool at the top of the Premier League standings. This eight-point distance was also commented on by Pep Guardiola, manager of Manchester City.

“I know these players. They are still very involved (in the Premier League title hunt) and they can still do it,” Guardiola said, quoted by BBC Sport.

“The distance is large, I know that. Due to various situations, they (Liverpool) don’t lose points. It’s better not to think of a team winning eight points. This is only in October. There are still a lot of matches.”

But problems at the back can not be passed by Guardiola. The injuries of Aymeric Laporte and John Stones also influenced City’s difficulty in maintaining density at the back. Fernandinho and Nicolas Otamendi could not continue playing.

Guardiola never lamented both of them could not continue to play because of age. Moreover, Fernandinho is not a central defender because of his defensive midfielder’s original position. Both of their duets were fine at first, but gradually their defenses were exploited by their opponents.

The full mistake is indeed not their fault because of the collective team play. However, if needed, Guardiola has three defender options that can be recruited in January 2020 (winter transfer market). Who are they?

According to news from the Manchester Evening News, Fabian Schar could be an option for City to be recruited in January 2020. The 27-year-old Swiss defender can’t pass the ball from behind – not Guardiola’s favorite defender type.

However, Schar had good positioning and was accompanied by a tackle and a sharp ball. Schar can be a good option to be imported while waiting for Laporte or Stones to recover. City needs a new defender after being left by Vincent Kompany.

One underrated defender who isn’t too much highlighted, but good, because he plays at Real Betis. Aissa Mandi, 27 years old, has a good ability to pass the ball and be the best in LaLiga in doing it.

Mandi can be recruited at a relatively cheap price if Man City dares to gamble with him. The Algerian is the best option for City hit by an injury storm at center-back.

Tottenham activated the clause in his contract until he lasted another season with the club. But, Toby Alderweireld has always been the talk of player transfer rumors. Man City can make it an option.

Experienced, already know the culture of English football, and are at the ripe age, 30 years. Alderweireld is very fitting to patch a gap in the backline of Manchester City.