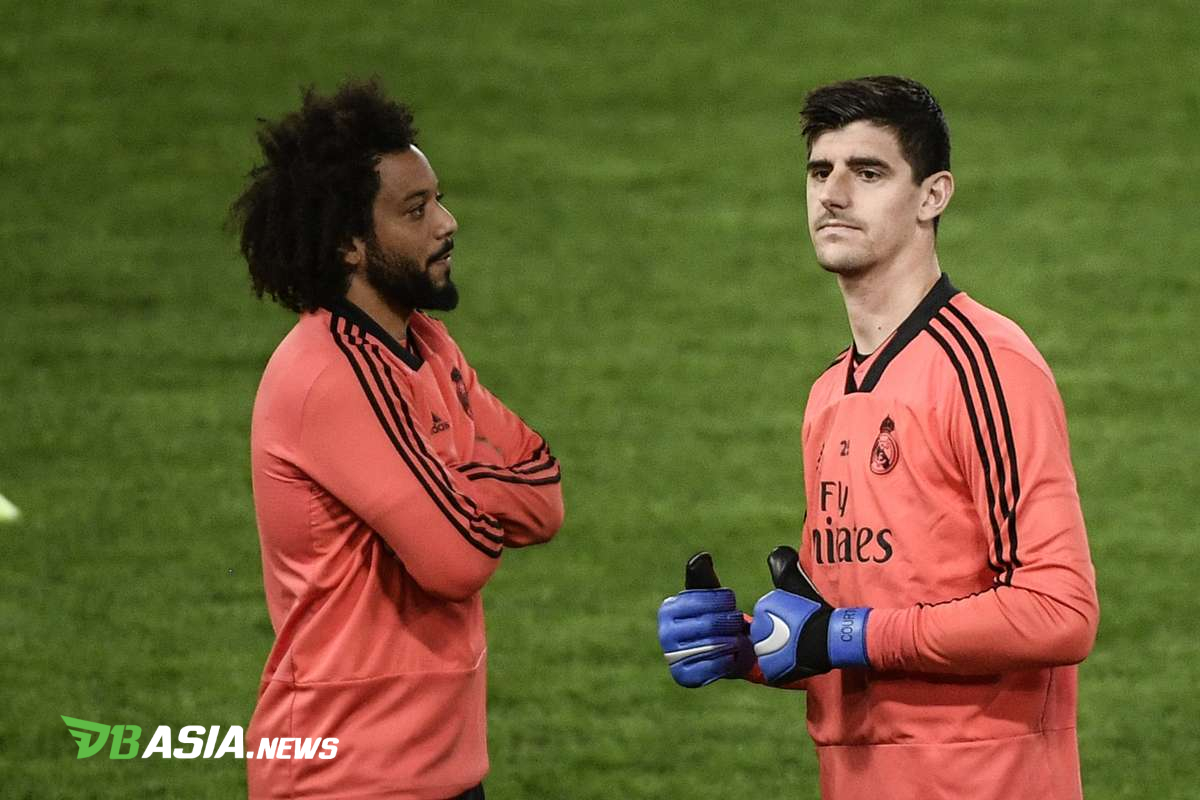 DBasia.news –  Real Madrid received a tough task when they had to turn things around against Manchester City in the top 16 of the Champions League second round (18/03). Moreover, their mainstay goalkeeper and left back, Thibaut Courtois and Marcelo had to be pulled over due to injuries.

Courtois suffered an injury when Madrid defeated Real Betis in the Spanish League on Monday (09/03). Courtois limped as he left the pitch despite successfully playing for 90 minutes.

As reported from the club’s official website. Madrid announced that Courtois has suffered an injury to the left adductor muscle. But Real Madrid did not specify how long the former Chelsea goalkeeper had to be pulled over.

Not only Courtois, Los Blancos also announced Marcelo’s injury. The Brazilian left back was pulled out in the 59th minute against Betis, he is certain to have problems with his left hamstring.

Just like Courtois’ injury, Madrid did not mention in detail the duration of time needed for Marcelo to recover. But certainly both will be absent in the next few matches.

According to Marca’s report. Courtois and Marcelo are unable to join Manchester City at the Etihad Stadium in the second leg match of the Champions League top 16 on Wednesday (3/18).

Los Blancos had to turn things around after in the first round, Zinedine Zidane’s team had to surrender 2-1 from The Cityzens

With the absence of Courtois under Real Madrid it could be a blow to them, as this season the Belgian keeper has played brilliantly by recording 15 clean sheets in all competitions.