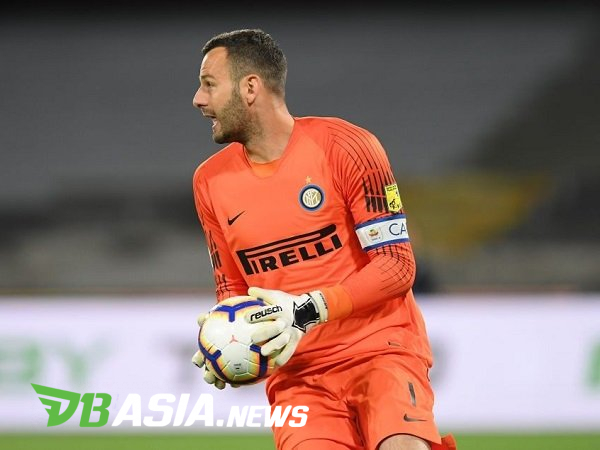 DBasia.news –  The injury of Samir Handanovic made Inter Milan try to bring in a new goalkeeper.  Emiliano Viviano who became the target to immediately uniform Nerazzurri.

Quoted from Italian Football, Viviano is said to have undergone medical tests with Inter.  But the new Inter will make the decision to recruit the 34-year-old goalkeeper in the coming days.

Viviano is currently free transfer.  This makes it able to be brought in by Inter even though the transfer market this winter is closed.

The former Palermo keeper has actually been training with Sampdoria.  But the Inter camp rushed to ask for medical tests to anticipate the goalkeeper’s crisis experienced by La Beneamata.

Conte will see Viviano’s condition first before recruiting him.  He will reportedly be signed by Inter for five months until the end of this season.

Viviano has been poor across several Serie A clubs. He has played for Palermo, Brescia, Bologna, Fiorentina, and SPAL,

Inter itself has had time to use the services of Viviano in the 2011-2012 season.  But the Florence-born goalkeeper did not even appear.

Inter are eager to bring in a new goalkeeper because Handanovic is still struggling with a little finger injury.  The Slovenian goalkeeper missed two of La Beneamata’s last two Serie A matches.

Daniele Padelli was under the Inter crossbar when Handanovic was absent.  But the performance of the former Torino goalkeeper is somewhat unsatisfactory.  When facing AC Milan, Padelli made two mistakes that made Inter conceded.  Fortunately, Inter can get up to close the match with a 4-2 victory.