Jose Mourinho Claimed to have Regretted to be Tottenham Hotspur Manager 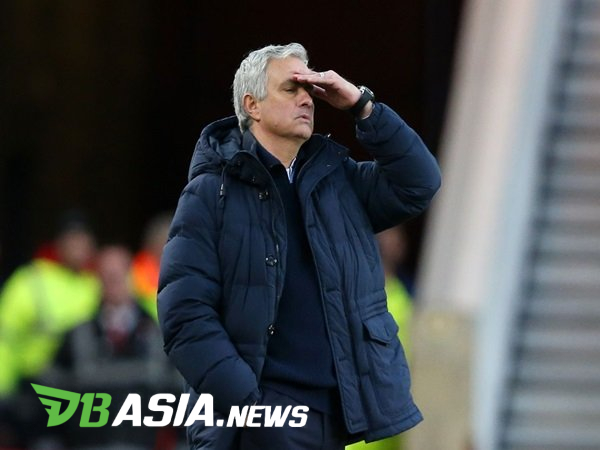 DBasia.news –  Jose Mourinho has regretted to be the manager of Tottenham Hotspur according to Paul Merson. Last November he was appointed as Mauricio Pochettino’s successor just 12 hours after Spurs fired the Argentine who had been in charge of the north London club for five and a half years.

So far, Jose Mourinho has not been able to make Tottenham consistently win. The situation was considered to have infuriated Mourinho.

“Mourinho is back to furious mode. I see he has not made Tottenham better. Absolutely not,” said the English football commentator, Merson, as reported by the Daily Star.

“He seems to be thinking: What have I done after coming here? You don’t see him clapping the ball boy right?”

“Jose Mourinho was only there to bring Tottenham into the top four. Daniel Levy certainly did not want to win the FA Cup, but failed to qualify for the Champions League.”

“However, it will be difficult. Chelsea are in the forefront to finish fourth. I feel that Tottenham Hotspur cannot do that at this time.”

“Now, they are a very positive team. They dominated in the last two matches, but could not win,” The Special One commented. Indeed, Jose Mourinho has a slick track record as a manager. The Portuguese tactician has won a number of prestigious titles such as the Champions League, Serie A, Premier League, LaLiga and Europa League.