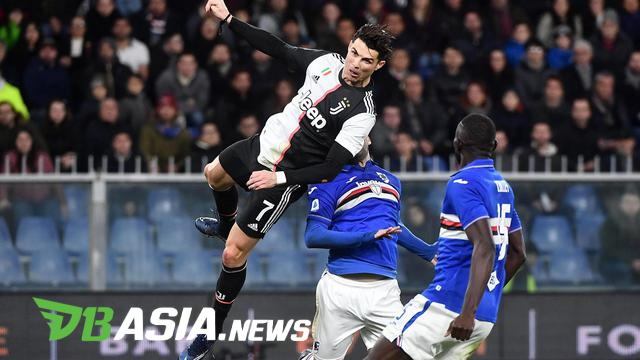 DBasia.news –  Juventus took the top standings from Inter Milan from the top of the Serie A standings after winning at the Sampdoria headquarters, Thursday (12/19) early AM. The Bianconeri have achieved 42 points, three ahead of Inter Milan, who dropped to second place.

Appearing as a superior team, Juventus immediately took the initiative to attack. Their efforts also paid off in the 19th minute after Paulo Dybala’s volley kick was unable to be secured by Emil Audero.

Disadvantaged, Sampdoria began to attack to equalize. Ten minutes before halftime, the home team was able to score an equalizing goal through a measurable strike by Gianluca Caprari.

However, the score 1-1 did not last long. Just before halftime, Cristiano Ronaldo’s header had put Juventus back in the lead. The 2-1 score became the result of the match in the first round.

After halftime, it was the host’s turn to take the initiative of attack. In the first 10 minutes of the second half, they had a chance through Jakub Jankto and Morten Thorsby. However, both efforts still failed to break down Gianluigi Buffon’s goal.

After two chances for the home side, it was the Bianconerri’s turn to attack. Juventus almost scored their third goal in the 68th minute. However, Adrien Rabiot’s kick was still able to be secured by Emil Audero brilliantly.

Sampdoria themselves also did not remain silent. They were able to escape the pressure from Juventus several times. Despite the successive attacks, both teams were unable to score additional goals until the referee dismissed the match.

This victory has made Juventus successfully top the Serie A standings. Currently, they have collected 42 points from 17 parties. Winning three points from Inter Milan who are in second place.