Liverpool Goal against Southampton at Anfield 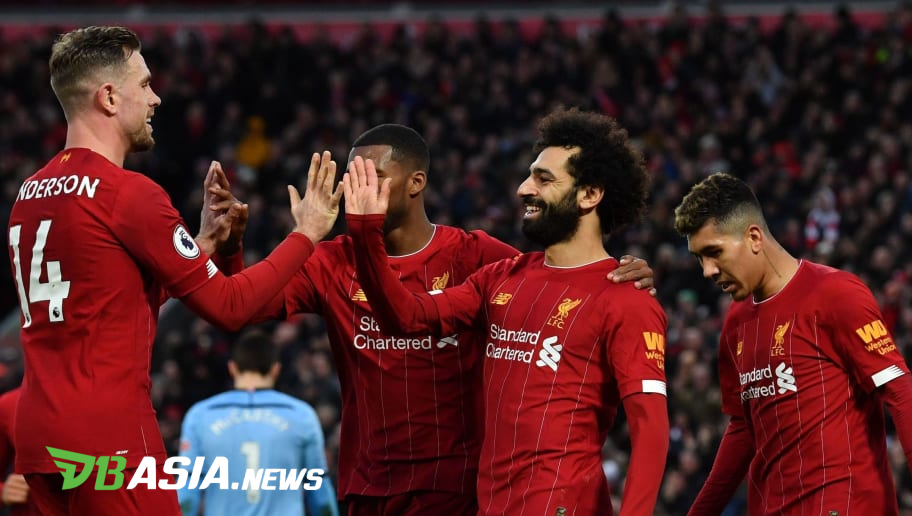 DBasia.news –  Liverpool has not been touched by defeat in the Premier League. Playing week 25 at Anfield against Southampton on Saturday (01/02) night Western Indonesian Time, the Reds won a landslide victory 4-0 and Mohamed Salah scored two goals in the match.

Liverpool is increasingly solid at the top of the standings with 73 points, 22 points adrift of Manchester City in second place – The Citizens haven’t played against Tottenham Hotspur.

Liverpool played without Sadio Mane in this match due to injury. Jurgen Klopp plays Alex Oxlade-Chamberlain up front in a 4-3-3 tactic with Roberto Firmino and Mohamed Salah.

While Southampton directed by Ralph Hasenhuttl fielded a 4-4-2 formation by relying on Shane Long and former Liverpool striker Danny Ings, who scored a lot of goals this season.

Liverpool dominated possession in the first 30 minutes. But, the Southampton defense that was raised by Jan Bednarek and Jack Stephens played nicely guarding the back line. Not many opportunities created by Liverpool.

In fact, Southampton forced Alisson to save in the 27th minute of a long-range strike from Moussa Djenepo. Four minutes later, Alex McCarthy, the Southampton goalkeeper, made two saves from an opportunity created by Virgil van Dijk and a rebound from the ball struck by Firmino.

The first half at Anfield, plus an extra minute, ended and there were no goals scored. Southampton, especially McCarthy, played neatly to keep 0-0. In fact, Southampton has a chance to score goals thwarted by Alisson.

Liverpool wasted no time at the start of the second half. Oxlade-Chamberlain, from a counterattack, received the ball from Firmino and fired a shot that McCarthy could not shake. Liverpool won 1-0 in 47 minutes.

Things began to calm down at Anfield after the lead. Utilizing this momentum, Liverpool doubled the lead in the 60th minute. Starting from the ball of Trent Alexander-Arnold’s hull to Firmino, the ball was then given to Henderson who emerged from the second line and scored. 2-0.

This time Jordan Henderson gave an assist to Mo Salah after receiving the ball from Alisson. Liverpool is now 3-0 away at Anfield.

End up? Not really. Mo Salah perfected Liverpool’s victory with his second goal in the 90th minute. Mo Salah gave the ball to Firmino and the ball was returned to Salah who scored from close range. 4-0 Liverpool won the match in Week 25 of the Premier League.