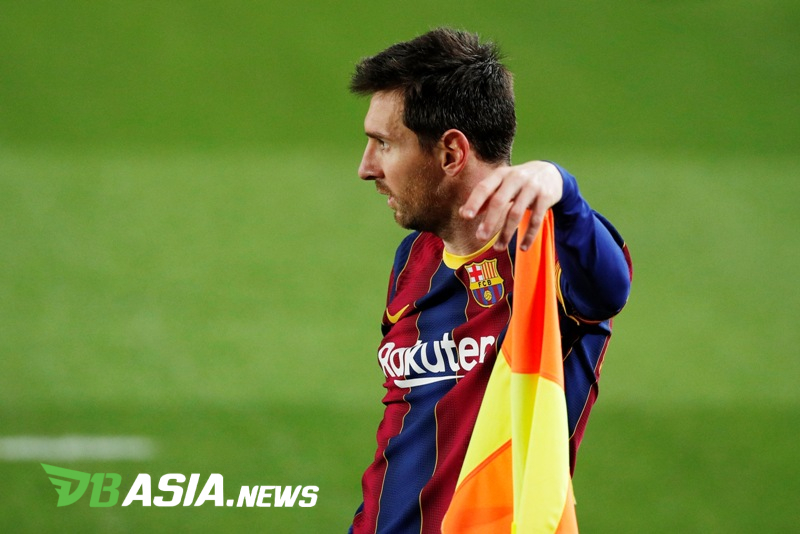 DBasia.news – Lionel Messi equaled Pele’s record when he scored a goal for Barcelona when the Blaugranas were held to a 2-2 draw by Valencia at the Camp Nou Stadium, Barcelona, ​​Spain, Saturday local time.

In the midst of the inconsistency of Barcelona’s performance, they fell behind in the 29th minute from Valencia. Mouctar Diakhaby gave Valencia the lead when his header broke into Barca’s goal guarded by Marc-Andre ter Stegen. 1-0 for Valencia.

Barcelona increased the tempo of play and ultimately equalized before halftime. Lionel Messi scored a goal 45 + 4 ‘after failing to score from a penalty.

Jaume Domenech saved Messi’s goal from a penalty and then a wild ball was taken by Jordi Alba who he passed to Messi. This time La Pulga did not spare him and changed the position to 1-1.

Messi’s equalizer was special because it was Barcelona’s 643th goal. According to Opta, the amount of goals has equalled to Pele’s record for one club (Santos) and Messi did it with Barcelona.

In the second half Barca reversed the advantage of Ronald Araujo’s goal in the 52nd minute. Araujo grabbed the ball from Antoine Griezmann’s cross which failed to be swept away by Valencia’s defense. Barcelona ahead 2-1.

After that goal no more goals were created at the Camp Nou. Barcelona failed to secure three points and had to settle for one point with a 2-2 draw. Barca are still stuck at fifth place with 21 points.