Radja Nainggolan: Antonio is Crazy About Me 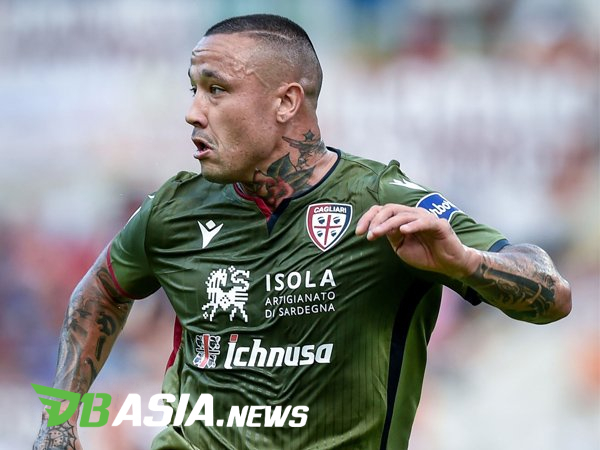 DBasia.news –  Cagliari midfielder, Radja Nainggolan, admitted that he would be thrilled if trained by Antonio Conte, he even said that Antonio is crazy about him.

Nainggolan this season was loaned by Inter to Cagliari, the club he had strengthened in the mid 2010-2014, as a replacement for Nicolo Barella (who moved to Inter Milan). Nainggolan, along with Mauro Icardi, was deliberately eliminated by the top brass of the club and did not make plans to play Conte.

Nevertheless, the two players is still able to return and strengthen Inter next season when his contract as a loan player expires. Nainggolan did not shield his desire to play with Conte.

“I want to be trained by him (Conte): within a month I can appreciate his determination and ideas. He is very clear and says things how it is, saying openly when something is not right,” Nainggolan said to DAZN.

“During the preseason, he told me that he was crazy about me and also wanted me at Chelsea, but that was a decision made by the club and shared with him,” he continued.

“He told me directly and clearly from day one, and I appreciate the people who tell you directly in the face,” stated the midfielder who is an Indonesian-Batak descent.

Nainggolan was once interested in Conte when he coached Chelsea. The chance for Nainggolan to return to Inter could happen. However, it will not be easy for him to compete in the midfield that has been packed with players like Barella, Stefano Sensi, Marcelo Brozovic, Borja Valero, and Roberto Gagliardini.