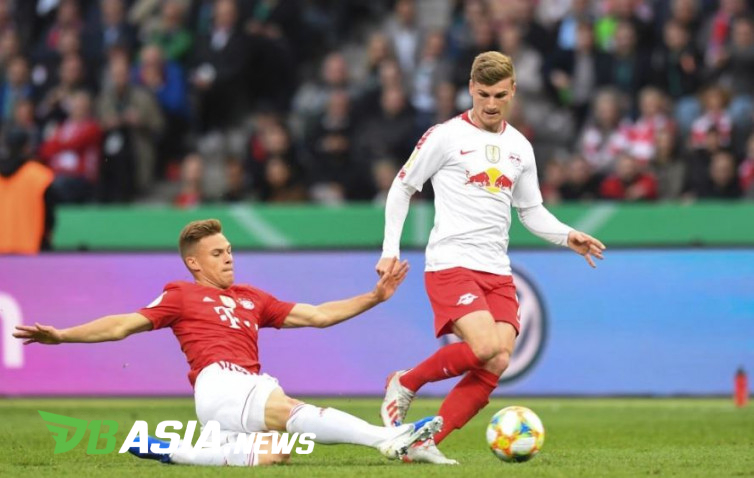 The Bundesliga will present a big match that brings RB Leizig against Bayern Munich in the continuation of Week 21 that takes place at the Allianz Arena, Monday (10/02) AM.

It would not be an ordinary match and could determine the course of the competition for the Bundesliga title. Bayern are currently at the top of the standings with 42 points, right below them are Leipzig with a distance of one point (41 points).

Borussia Dortmund and Borussia Monchengladbach became the most benefited team from the match, whether later Bayern or Leipzig win the match – or ends in a draw, as Dortmund and Gladbach trail both in third place with 39 points.

This season’s Bundesliga competition is exciting compared to previous seasons. Leipzig, Dortmund and Gladbach are competing to end Bayern’s dominance. Even Leipzig coach, Julian Nagelsmann, has outspokenly affirmed his ambition to stop Bayern from winning the Bundesliga title.

“I think we (Leipzig) have all been in a position to challenge Bayern. Not just Bayern – there are also many exciting teams this season, with many changes of coaches and changes (in the squad),” Nagelsmann said at Kicker.

Ahead of the match, statistics sided with the host, Bayern Munchen, as well as winning the last three Bundesliga games at home to Leipzig without conceding.

Nevertheless, there are several reasons summarized by BolaSkor.com from various sources for Leipzig to surprise Bayern at the Allianz Arena. Following are the factors that can bring Leipzig to a historic victory at Bayern headquarters:

Bayern’s defense is still the best in the Bundesliga along with Gladbach and has only conceded 23 goals – while Leipzig has 25 goals. However, recently Bayern has conceded three goals in a 4-3 win over Hoffenheim in the DFB Pokal. The three goals were enough to worry the interim coach, Hans-Dieter Flick.

“Of course our back line makes me furious. But if I change a player every time I make a mistake, it will be difficult for me to play 11 players right on the field,” said Flick.

“On Sunday (against Leipzig), we all have to put out the best performance throughout 90 minutes.” Said Flick. “That is the reason why I was so overwhelmed with worries for the match next Sunday. We already know what the stakes are, “he explained.

Leipzig has scored 53 goals so far in the Bundesliga – the third best attacking figure – and Bayern can no longer defend as against Hoffenheim.

Werner is a real threat to the Bayern defense. Moreover, the threat from the Leipzig front line is not only from Werner alone, as they still have Patrik Schick, Yussuf Poulsen, Emil Forsberg, and a brand-new recruit from Dinamo Zagreb, Dani Olmo.

Julian Nagelsmann’s age is 22 years younger than Hans-Dieter Flick, Bayern coach. Interestingly, when talking about experience, Nagelsmann excels as he has started training Hoffenheim in 2016-2019 and then to Leipzig.

Despite training first, Flick’s name only began to emerge when he coached Bayern to replace Niko Kovac in 2019. Meanwhile Nagelsmann played 162 competitive matches from Hoffenheim to Leipzig and won more than half of those matches (83 matches) – losing 42 times.

The advantage of Nagelsmann’s experience can help Leipzig win the match against Bayern, although it ultimately depends on the players who compete.