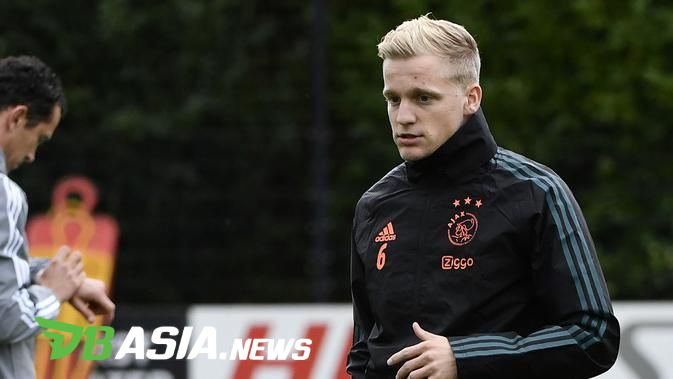 DBasia.news –  Ajax Amsterdam midfielder, Donny van de Beek, claimed to be in love with his club. He was not yet ready to move to a new club in January.

“It’s not that I can or want to do something now. I have said it before and I will say it again: I will stay at Ajax this season, and maybe next season too,” Donny van de Beek told FOX Sports.

Van de Beek has reportedly emerged as a target for Manchester United who desperately needs the help of the midfielder after the injuries of Paul Pogba and Scott McTominay. The La Liga giant, Real Madrid, had previously contacted Ajax over a possible agreement, even though the transfer did not materialize at the start of the season.

Although many are in line, Van de Beek has no plans to leave Ajax. He claimed to be very comfortable at the Dutch club.

This certainly makes United heartbroken. Red Devils have long been monitoring the development of the 22-year player.

“Reports about Madrid or United are a good sign, but that is not important right now. I said I would stay at Ajax and I would do it 100 percent,” said Van de Beek.