Ronaldinho Damaged His Own Reputation 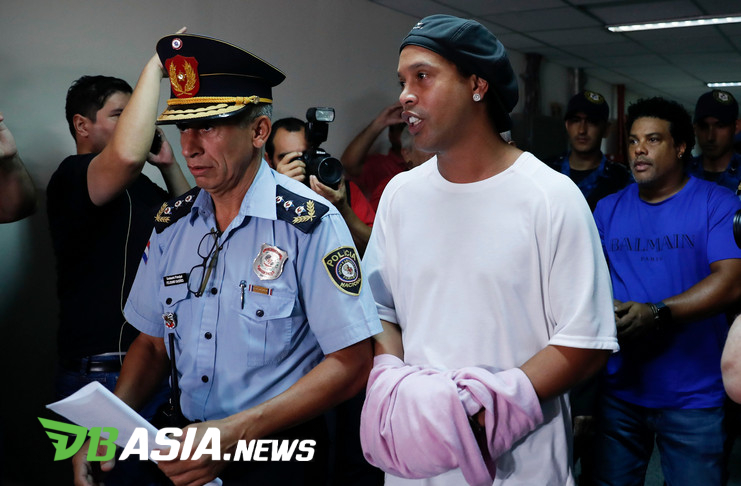 DBasia.news –  Barcelona legend Rivaldo rated his colleague has damaged his own career because of the case happening to Ronaldinho at this time. Ronaldinho is currently in a Paraguayan jail after being caught traveling with a fake passport.

“Since his detention in Paraguay, I have not been able to communicate with him (Ronaldinho). However, I have seen and read about it. I am concerned and sad because this is not good for his reputation. This is a dark chapter in a beautiful story,” explained Rivaldo as quoted by the Daily Star.

Rivaldo further admitted that he could not understand Ronaldinho stumbling on a fake passport case. “He is a good person, cheerful, and loved by everyone. It is really difficult to understand what exactly happened with this passport case,” he said.

The 47 years old man specifically highlighted the former Barcelona and AC Milan player’s birthday that about to be celebrated in prison. “I can only hope that this will all turn out well. However, I think it’s very frustrating when I have to celebrate birthdays in other countries’ prisons,” he said again.

Ronaldinho was arrested by authorities in Paraguay for entering the country with a fake passport. Based on police investigations, the 40 years old man was threatened with a sentence of ten years in prison. The reason was because he allegedly involved in money laundering. If he’s proven guilty, he certainly must go to the prison, no way to be under house arrest.

barcelonaRivaldoRonaldinhoRonaldinho Damaged His Own Reputation