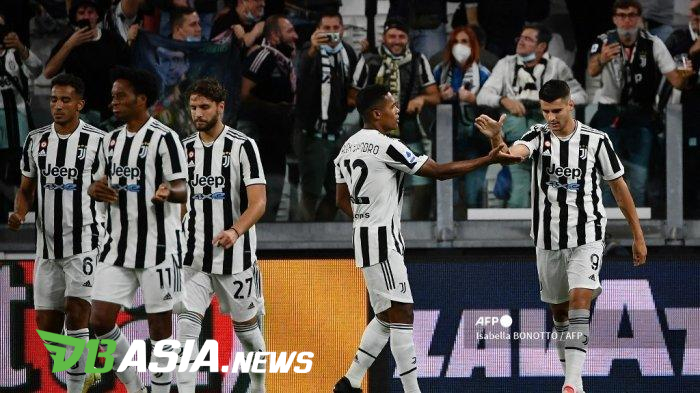 DBasia.news – AC Milan tactician, Stefano Pioli, admitted that he had learned a lot after his team was defeated by Liverpool 3-2 in the Champions League last week. Now, Pioli wants his players to improve themselves in order to win against Juventus.

Now, an equally challenging consistency test will be faced by Milan. Alessio Romagnoli and his team mates are waiting for Juventus in Turin. From the last 17 matches between the two teams, Milan have only won twice, while the other 15 ended with one draw and 14 lost.

Pioli is confident that Milan will bounce back in this match. The defeat against Liverpool has made Milan learn a lot.

“We were burned by Liverpool in that game, even with our fans,” said Pioli admitting Milan could have fallen further behind against Liverpool, especially if Mike Maignan had not saved Mohamed Salah’s penalty.

“We struggled. However, the fact is that the team is also able to react to very strong opponents. We also have to realize there is still a level difference,” added Pioli.

“We won in Serie A because we have more quality than the opponent. That is also the reason why we lost against Liverpool. I hope that experience can help the team develop rapidly.”

Pioli did not deny that he was surprised to see Juventus’ performance so far in Serie A. Moreover, Massimiliano Allegri, who has a good record, has returned to manage La Vecchia Signora.

“I’m happy to meet Massimiliano Allegri again. He’s a great coach and a smart guy. It was unexpected to see Juve in this position. However, I still don’t think we will be favorites tomorrow,” stated Pioli.

“Juventus has a winning mentality and a great tradition. I hope the game is a draw. Whoever plays the best football has a greater chance of winning,” concluded Pioli.