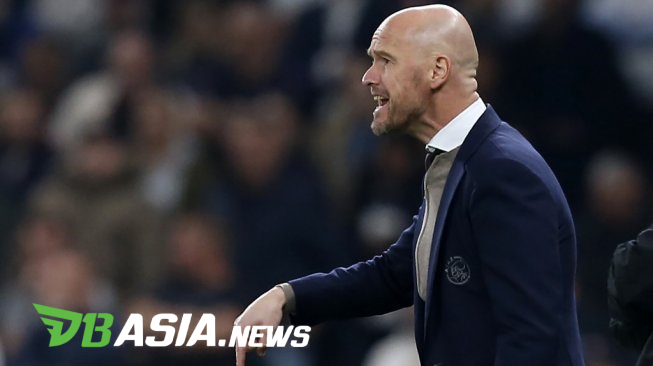 DBasia.news –  Ajax Amsterdam coach, Erik Ten Hag, did not rule out opportunities that he would return to Bayern Munich and train Der Bavarians in the future.

“I do not exclude anything, including returning to Bayern. But I am almost 50 years old and not a dreamer. Back or not, it’s clear that I’m really glad and happy with Ajax, even though I know that I won’t be a coach here for 10 years, “Ten Hag stated at Soccerway.

“In the end, the day will come to say goodbye,” Ten Hag added.

Erik ten Hag can be said to be Pep Guardiola’s protege. The two met at Bayern in 2013.

Der Bavarians became interested in Ten Hag after seeing the coach’s progress along with Go Ahead Eagles in 2012/2013, then made him the coach of Bayern Munich II aka the reserve team. The opportunity to work with Guardiola is what later polished Ten Hag.

After leaving Bayern, Ten Hag then coached Utrecht. With a mediocre squad, he lifted the club to the top of the Dutch League.

Ajax was then interested and recruiting him in 2017. Together with de Godenzonen, Ten Hag has won three titles. His name was said to be a candidate for the next FC Hollywood coach.

During coaching Ajax, Erik ten Hag has recorded 68 wins, 15 draws and 8 defeats in 91 matches in all competitions.