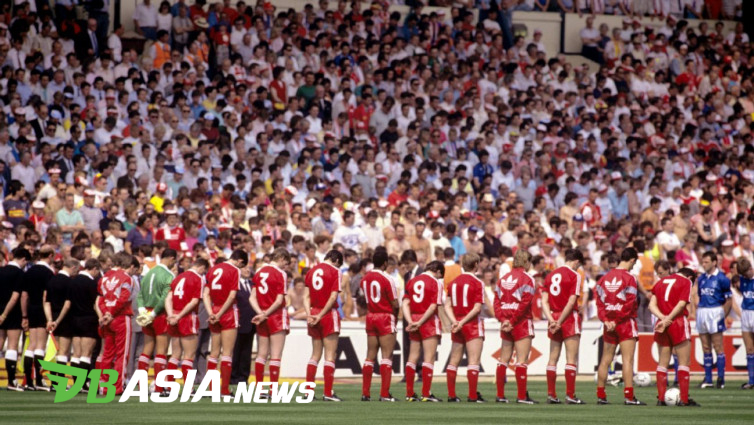 DBasia.news – On May 20, 1989, Liverpool won the Merseyside derby against Everton 3-2 through extra time in the FA Cup final. The match which was held at Wembley Stadium became a solace for Liverpool, as a club and a city.

The tragedy that left deep wounds and sorrows is now known as the Hillsborough tragedy. As many as 96 people passed away and 766 others were injured, which made this tragedy the worst incident in the history of sport in the UK and in the world.

The cathartic nature of success helped heal the wounds of tragedy. Manager Kenny Dalglish revealed that the match “meant more to me than other games in which I was involved”.

The FA Cup semi-final between Liverpool and Nottingham Forest at home to Sheffield Wednesday will never be erased from history. In the following weeks, Liverpool must decide whether they will continue the competition or not.

In the midst of sadness, Liverpool must undergo a repeat of the FA Cup semi-final match on May 7. “We listen carefully to the opinions of the players, who have made contact with the relatives and families of the victims,” said club chairman John Smith at the time.

“They assured us that the majority of people at Liverpool wanted the game to be played.”

So, at Old Trafford, Liverpool returned to the field and defeated Forest with a 3-1 win thanks to two goals from John Aldridge and Brian Laws himself.

The Reds already know the opponent they will face at Wembley is the Everton city club that beat Norwich 1-0. This will be the second debry in the FA Cup final in four seasons. At the previous meeting Liverpool came out as champions with a 3-1 victory over the Toffees.

It said, it didn’t matter who won the final this time because of what happened at Hillsborough. In the midst of pain, Gerry Marsden, from Gerry & The Pacemakers, sang live You’ll Never Walk Alone (YNWA). The solemn atmosphere at that time was extraordinary. “You can hear a pin drop,” remembered a fan. “That was very touching.”

You’ll Never Walk Alone has been Liverpool’s national anthem for years. This song is often sung as inspiration, unity, and pride. But on May 20, 1989, through the broken voice of Marsden, YNWA became a message from everyone in Wembley, those who were suffering from the tragedy, and for those victims. Message that they will never be alone.

When the two teams emerged from the Wembley tunnel, Liverpool and Everton fans united. This is a soccer celebration for those who cannot be there.

On the pitch, Liverpool displays the best football game ever shown. John Aldridge’s goal in the fourth minute was a combination of intelligence without the ball and accurate passes.

The Reds dominated for 85 minutes. The game on the field is like walking to one side. “For more than an hour, it seems that the passion in the previous match, combined with the heat, and the extraordinary superiority of Liverpool, will turn the match into an anticlimax,” wrote David Lacey in The Guardian.

But Everton have another idea, they equalized with one minute remaining in the match with substitute Stuart McCall. Action must undergo an extension of time.

Mastering the match, Liverpool only need to find a way to break into Everton’s goal. Luckily Liverpool have Ian Rush. Entering to replace Aldridge, Rush took over the game in extra time. In the 95th minute, Rush put Liverpool 2-1 up. But Everton returned to equalize the score through McCall in 102 minutes. Interval two minutes later, Rush returned to break down the Everton goal guarded by Neville Southall. Score 3-2 last until the fight is over.

Kenny Dalglish, who did not sit throughout the game, revealed, “This game means more to me than other games where I am involved. It was an emotional experience, an experience that gave me a deep feeling of happiness.”

“Liverpool’s sad days are receding because of a wave of happiness together. The players, managers and all Everton fans are very helpful. An attitude that portrays the City of Liverpool.”

At that time, the FA Cup champion was Liverpool, but the true winner at that time was the City of Liverpool. “Everton fans are applauding with us. That will not happen anywhere else,” Liverpool goalkeeper Bruce Grobbelaar recalled.

“You have never seen anything like this, red and blue together,” Liverpool defender Alan Hansen added.

In the 1989 FA Cup final match, You’ll Never Walk Alone, which was previously sung together in the midst of victory, turned into a hymn for Liverpool. The lyrics of the song have a deeper meaning for the Reds, until now.