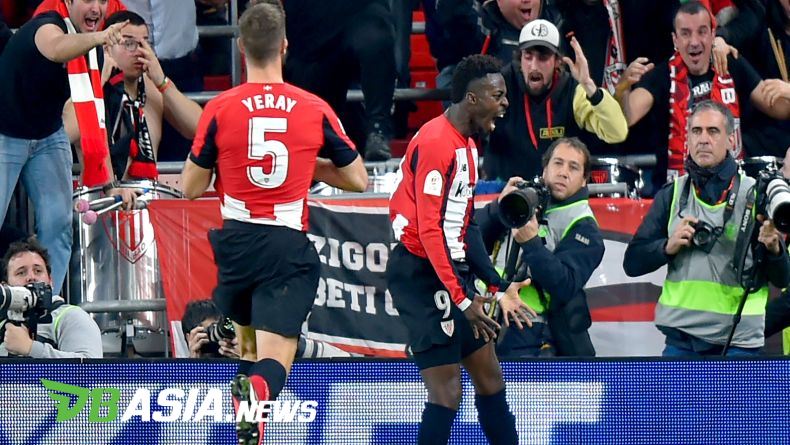 DBasia.news –  Barcelona were defeated 0-1 from Athletic Bilbao in the quarter-finals of the Copa del Rey at San Mames, Friday (2/7/2020) AM. Inaki Williams’ goal was a decisive failure for Barcelona to move to the semifinals.

Inaki Williams’s name may rise and sink compared to other strikers in LaLiga. Understandably, so far he has only strengthened two clubs namely Athletic Bilbao and CD Basconia.

His career began at the Athletic Bilbao academy under the age of 19. Then, he moved to Basconia in July 2013.

Meanwhile, at the national team level, Williams had more opportunities to appear in the U-21 Spanish national team. He recorded 17 matches with three goals. At the senior level, the player has only appeared once.

Inaki Williams’ name began to return to public discussion after becoming a nightmare for Barcelona in the quarter-finals of the Copa del Rey. His goal before the game ended made El Barca have to dispel the dream of winning the Copa del Rey title this season.

Furthermore, Inaki Williams apparently also has a record that is difficult to compete with other players in LaLiga, including Barcelona superstar, Lionel Messi.

Since April 17, 2016, Inaki Williams has not missed a LaLiga match for Bilbao. Currently, he has performed 141 games in a row, uninjured.

These statistics not only prove Inaki Williams is a player who has never suffered an injury in the last four years. However, it is also proof that the 25-year-old attacker has always been a choice in every match.

At present, Inaki Williams is still under a long-term contract with Athletic Bilbao until June 2028. Transfermarkt predicts the attacker’s value is no less than 50 million euros.