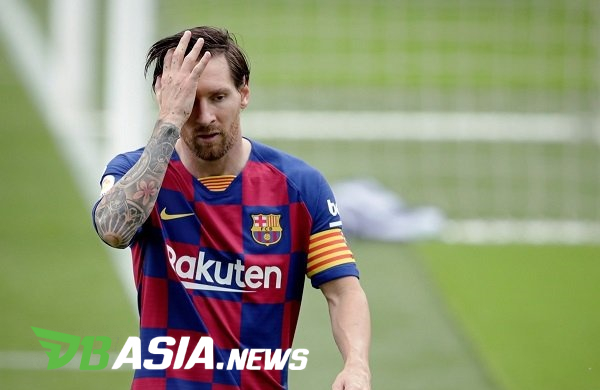 DBasia.news – Lionel Messi admitted that he was tired of being in Barcelona. Many think that Messi is only a matter of time to leave.

Messi’s contract at Barcelona will expire in June 2021. La Pulga has yet to sign a new contract, which has so far reportedly wanted to see changes in the situation in Barcelona first.

Messi has actually wanted to leave Barcelona since the end of last season. On the other hand, Barcelona never wanted to let go of his star for free. Messi in the end gave in to survive one more season.

Messi’s performance regarding the productivity of goals this season has also decreased. Whether it’s the unhappiness factor or there are other things that bother Messi’s head.

One thing is certain, Messi has admitted that he is tired of the current situation. He feels that he continues to be a scapegoat if the situation at Barcelona does not go smoothly, most recently Antoine Griezmann’s stagnation was even the one blamed by Messi.

“I’m tired of being blamed for everything.” Messi said, as reported by Marca.

Another unpleasant thing was welcoming Lionel Messi to Barcelona. FourFourTwo reported that there were a number of Barca employees at Camp Nou who were disappointed that Messi would not leave the club after his future had been widely speculated about in the summer.

The disappointment cannot be separated from the stomach. It is believed that Messi’s survival will make Barcelona’s management layoffs and employees at the club are the first to be affected. This terrible step will be taken to keep the club afloat.

“We were disappointed when Messi decided to stay. We all knew there would be more dismissals just to be able to pay Leo’s salary,” an unnamed Barcelona worker told FourFourTwo.

“I love him for what he has given to our club and for football. However, I love my family more and get a job,” continued the employee.

If he left Barcelona, Messi could switch to Manchester City. The English club was managed by Pep Guardiola, who had “spoiled” Messi when he was both on duty at Barcelona. Their reunion almost happened at the start of this season.

However, when asked about the desire to sign Messi, Guardiola still looked shy. He only spoke from the fans’ side.

“I have said a thousand times, I want, as a Barcelona fan, for him to finish his career there,” he said as quoted by the BBC.

“I don’t know what will happen in his mind, but for now, he is a Barcelona player,” he added.